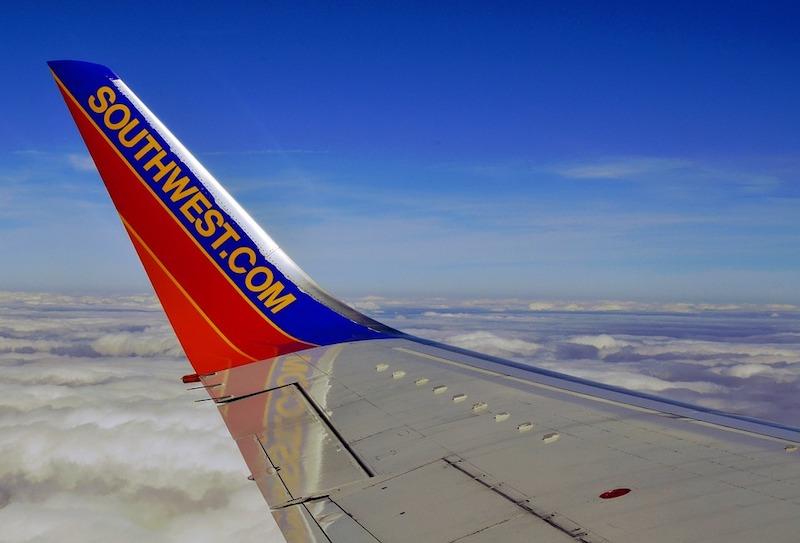 SMU junior Natalie Mauriello frequently flies Southwest Airlines between Dallas and her hometown in Orange County, CA. However, she had never experienced a Southwest flight like her trip to Hawaii this spring break.

“The staff was wearing gloves, which was different than usual,” Mauriello said. “When they gave us snacks, they gave us sanitary wipes, too, in little packets.”

The differences that Mauriello observed were only the beginning of changes and disruption to Southwest’s operations caused by COVID-19. The coming weeks would be filled with flight reductions and losses due to turmoil in global oil markets.

Amid the crisis, Southwest said it will continue its history of excellent customer service. Gary Kelly, Chief Executive Officer and Chairman, is seeking government intervention to sustain the airline in these upcoming months of social distancing.

In an “Ask Gary” segment from the Southwest blog, Kelly said that Southwest will receive assistance from the Coronavirus Aid, Response, and Economic Stabilization Act of 2020 (CARES) if necessary to keep the travel industry afloat.

“I’m a firm believer in an economic catastrophe like this that the federal government has to play a role, and I don’t mean just for the airlines,” Kelly said. “I mean for the whole country. “

In exchange for government aid, Southwest and other airlines have agreed to not furlough or reduce their workforce until Sept. 30. Southwest employs more than 60,000 workers.

Mauriello booked her March 13 flight to Hawaii in December, and she could not get her hotel or travel plans refunded. She said that she made the decision to travel because there were no reported COVID-19 cases in the Big Island of Hawaii at the time.

“When we were flying home, which was a week later, everything was way worse,” Mauriello said. “We sat in the 10th row, and there was nobody behind us all the way back. So there probably was 10 people total on the flight.”

Mauriello’s experience is not an anomaly.

Due to the COVID-19 pandemic, Southwest has had to reduce flight activity by 50 percent or to approximately 2,000 flights per day. Southwest attributes this reduction to lower passenger demand, operational disruptions, and suspension of its international service.

The previous schedule planned for 4,000 flights on weekdays, which was already a reduction due to the grounding of 34 Boeing 737 MAX 8 planes.

Elliot Weiss, a professor of technology and operations management at the University of Virginia, has written research papers evaluating Southwest’s operations.

In a phone interview, he revealed that the flight reduction due to COVID-19 has ironically caused Southwest to lose less revenue than if they were operating at full capacity this summer.

“In a way now, that is not lost revenue because if the 737 MAX were approved today, and they could fly it. They probably wouldn’t fly it anyways,” Weiss said. “They might actually have to fly more empty planes than they have to right now.”

In addition to empty planes, Southwest might also be having oil and fuel issues.

In 2019, fuel and oil expenses accounted for approximately 20 percent of total operation expenses for Southwest, so fuel hedging can potentially make or break expenses for a year. In a 2019 earnings call, Tammy Romo, Southwest Chief Financial Officer and Executive Vice President, revealed that Southwest has a 59 percent hedge protection on oil prices for 2020.

In addition to the oil price war between Saudi Arabia and Russia, the COVID-19 pandemic has caused demand for energy to plummet as less people are on the road and flying due to social distancing. On April 20, US crude oil prices plummeted from 18 dollars per barrel to -38 dollars.

“If indeed they have maintained their hedges, they are paying through the nose. They have long contracts much higher than the current prices are,” Weiss said. “They are paying a whole bunch of money for gas that if they were just buying on the spot market, they wouldn’t have to.”

“They are known to hire for attitude and train for skill. So, everybody within the organization understands exactly what they are about,” Weiss said. “They are very much dedicated to customer both in terms of experience on the planes and as well as their health and safety”

Kelly explained that Southwest understands that most people will not be traveling because of COVID-19. However, for some customers, travel is essential. Kelly has committed Southwest to providing a safe environment and service for travelers.

“We’re moving first responders as an example, our medical heroes, to the front lines of this pandemic,” Kelly said.

During her spring break trip, Mauriello recognized these efforts through the changes in practices during her flight and an email from Southwest about new cleaning techniques being implemented to keep everyone healthy.

“If anything it made me feel better about flying with them because all the staff was wearing gloves.” Mauriello said. “When we were getting off the plane, there were people wearing masks who were starting to clean it with heavy duty supplies.”

While Southwest has taken greater precaution to transport travelers during this time, according to USA Today, Southwest estimates that less than 1 percent of its 60,000 employees have tested positive for COVID-19.

“The question is whether they want to be working?” Weiss said. “So, I know if I am a flight attendant, I might rather be at home with my family and not exposed to all these crazy people flying.”