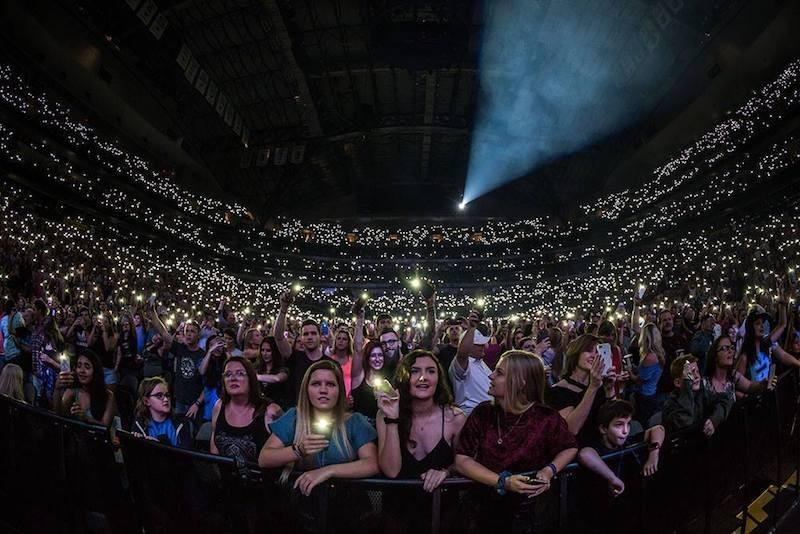 Break out your planners and sharpen your social skills. A new semester is starting; between Boulevards, birthdays and brunches, your calendar is filling up fast. In all the excitement it’s easy to forget about D-town’s many music venues and the artists who play there. To help you catch your favorite artists, here’s a list of some big names coming to Dallas this semester.

Monday, Sept. 11, 2017 – One Republic with Fitz & the Tantrums and James Arthur at Starplex Pavilion

One Republic is no stranger to the Top 100 charts. The band’s success has made it a household name in multiple countries. Its sound has developed over the years but has always stayed true to the band’s pop-rock core. One of the band’s openers is James Arthur, whose famous song features falling in love while holding a puking person’s hair. (Seriously, listen to the lyrics of “Say You Won’t Let Go.”)

It’s hard to believe the pop-rock band is on its 25th Anniversary Tour. The boy band made a splash in the late 90’s and has been bringing Pop2K-type music ever since.

Janet Jackson will be performing at the American Airlines Center. She is famous for many things and infamous for a certain controversy at a Superbowl performance.

Think Cold War Kids, Vampire Weekend and Death Cab for Cutie. If that doesn’t intrigue you, I don’t know what will.

This is arguably the country concert of the semester. Not to be missed for any reason.

Singer of the song “All Time Low” will come to South Side Ballroom to prove he’s not just a one-hit wonder.

Bleacher’s Jack Antonoff has worked on some successful tracks like “I Don’t Want to Live Forever” by T.Swift and Zayn and “Green Light” by Lorde. He’s also a great performer. Check him and his new album “Gone Now” out later in September.

This dance-pop/electronic sister duo brought you the song “Alive” in 2012. After listening to a song or two, it’s no surprise that they’ll be playing at the Bomb Factory—Dallas’ go-to venue for this genre.

This singer/songwriter is known for her moody melodies and alternative-pop sound. Hear her unique transcendent tracks at the South Side Music Hall.

Another country concert for the books.

The Misterwives are known for their exciting performances. Expect lights, dancing and more energy than a toddler on a sugar high.

The band of brothers rose to fame via their YouTube cover songs. With over 10 million YouTube subscribers and their own record label, these brothers will convince listeners that their covers are better than the originals.

What a duo. What a time to be alive.

This 50 Anniversary Reunion Tour will have you “Surfin’ USA” all the way to the box office.

Catch this One Direction alumnus on his first solo tour. That’s right: the accent, the voice and the hair are coming soon to a stage near you. Harry’s new softrock/Britpop sound will have you seeing him in a whole new light.

The country artist is set to play his top hits like “Ready Set Roll,” “Gonna Wanna Tonight” and the oh-so-nuanced “Ride.” Say no more, say no more.

Oh, you didn’t know he dropped a new album in 2016? His sixth studio album “Passion, Pain & Demon Slayin’” stays true to his unique style. Pharrell Williams produced this album, so one can expect upbeat tracks with catchy hooks that they won’t be able to shake for weeks.

His debut album is certified platinum. His tracks feature artists like Justin Bieber, Quavo and 2Chainz. If you don’t know him, study up because this artist has become a relevant addition to the Hip-hop/R&B world.

Halsey is sure to unleash her Hopeless Fountain Kingdom Tour on a packed stadium in Dallas. The artist transcends genres and, with openers like PartyNextDoor and Charli XCX, is bound to please concertgoers across the nation.

In case you missed out on the first performance, the Molly Ringwalds return to Dallas for an encore of 80s favorites.

The folk duo starts their tour off with performances in overseas hubs like Berlin, Amsterdam, Stockholm and London. They’ll make their way across the pond for a nationwide tour that’s bound to rack up their Spotify downloads.

Calling all “Cool Kids!” Don’t miss your chance to see this band who’s been on the Billboard Hot 100.

This Grammy-winning DJ has collaborated with some of the biggest artists and has more Top 100 hits than you have dates.

The one and the only: Shawn Carter. In his newest album “4:44,” Jay-Z reveals more personal information than ever before and you’ll want to hear it all live.

Do more than imagine yourself at their concert—get a ticket, get an Uber and get there. You’ll have something to look forward to while you’re fighting to stay awake in your Monday class.

I’m not completely sure how to describe alt-J’s music, but Wikipedia says their genre is “indie pop, art rock, and/or folktronica” so let’s go with that. Whatever their genre, the band’s performances usually include incredible light sequences.

Another One Direction alumnus will visit Dallas, but the two solo acts are expected to have completely different tunes. Although Niall hasn’t released his solo album yet, it’s okay to assume that “This Town” and “Slow Hands” will be on the artist’s setlist come November.

With 4.5 million monthly listeners on Spotify, it’s hard to ignore this pop pair. The enthusiastic duo is expected to have equally enthusiastic showmanship on their upcoming tour.

Another reason to love Sweden. The DJ duo creates tracks with pop-house vibes and are mostly known for their songs “Runaway (U+I)”, “No Money” and “Peanut Butter Jelly.”

Gaga promotes her sixth album “Joanne” on her newest tour. Gaga has always been a performer. There’s no shortage of Gaga-lovers so although this concert is further in the future, make sure to buy tickets ASAP. After all, you really should give yourself a break from finals…you deserve it.