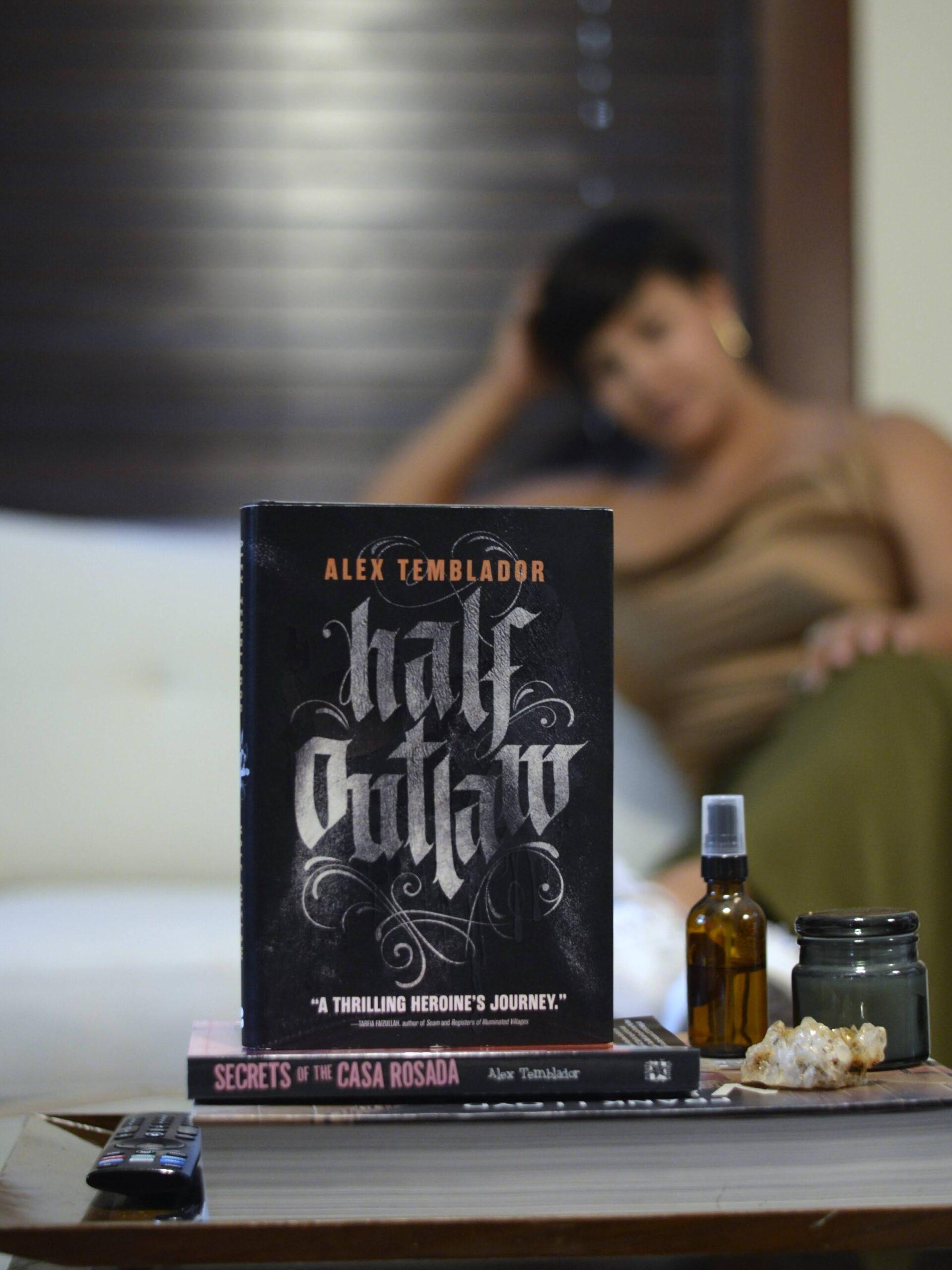 Despite its title, Alex Temblador’s “Half Outlaw” crafts a full-bodied fictional narrative, highlighting the realities of a Hispanic mixed-race experience within the book’s dark fantasy. Her novel speaks to the multifaceted and complicated journey of developing one’s identity among generational family conflicts and internal sources of shame, bias, and fear.

The novel follows Raqi, a half-Mexican, half-white lawyer running from her dangerous past marred by drugs, violence, and racism. From the back of Raqi’s bike, the reader rides cross country in a haze of magical realism and sobering conclusions about grief, self-knowledge, and acceptance.

The motivation behind “Half Outlaw” begins at the dedication: “For mixed kids…this story is for you.”

Temblador says of her own experience, “There weren’t stories about mixed kids when I was growing up, there aren’t even a lot of stories now. If you do find them, they’re few and far between.”

When taken as a piece of work bent on diversifying fictional narratives, “Half Outlaw” succeeds in developing a meaningful and nuanced representation of intersectionality and a dual heritage experience. Temblador doesn’t simplify or mince the complicated reality of Raqi’s bid to navigate the world. Her protagonist notably makes mistakes, often concerning her own identity in addition to other characters she encounters throughout the novel.

Raqi’s struggle with communicating in Spanish offers poignant commentary on the strained relationship often present between mixed-race individuals and a language deficit. In the first meeting between Raqi and her Mexican grandfather, Temblador articulates a multifaceted exploration regarding Raqi’s inability to connect with her family. “Shame washed over me when I had to sputter back, no habla espanol.” The notion of “sputtering back” evokes a sense of flailing helplessness. In conjunction with the phrase, “shame washed over me,” this line works to create an acute understanding of how language disconnection can reduce and delegitimize one’s claim to their identity.

“Half Outlaw” takes the reader through California, Las Vegas, Oklahoma, and North Texas, to name a few stops. The expansive trip across the United States serves as an opportunity for Temblador to emphasize the challenges of maneuvering within intersectional communities. Raqi encounters conversations and people that challenge her implicit biases, serving to reiterate the novel’s persistence in indulging difficult-to-digest themes. When making a crude assumption about an indigenous homosexual character, Raqi apologizes with a qualifying statement. “Of all people, I should know better.” While Temblador expresses that she wanted this moment to serve as an example for Raqi and the reader, this section also engages a provoking suggestion about those of mixed-race or historically marginalized backgrounds expecting to be “better” or more well-educated concerning matters of identity.

Temblador crafts a tale that forces Raqi to physically revisit and reckon with her tumultuous childhood, thus depicting a mixed identity as one defined by gaps to be filled, and things to be learned. With this, she presents a perhaps unexpectedly, encouragingly optimistic view on coming to terms with the unsavory parts of the mixed-race experience.