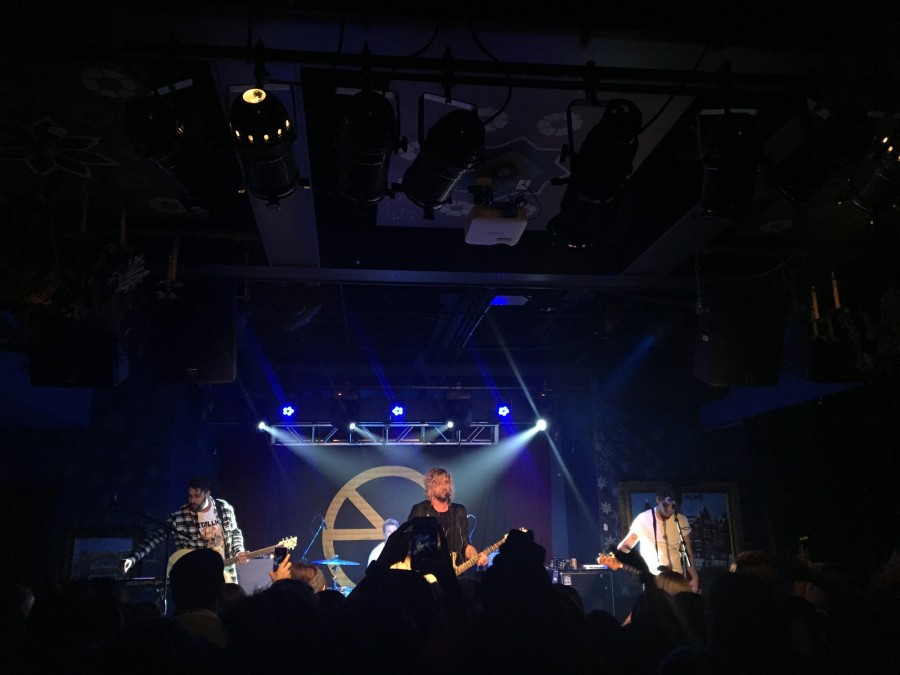 Fans crammed into the tiny Cambridge Room at the House of Blues Sunday night for a sold-out show, ready to rock out with Australian-based band The Griswolds.

“I can tell this night is going to be f**king amazing,” lead singer Christopher Whitehall shouted to crowd.

And it was. The Griswolds left the audience dripping in sweat, hearts palpitating and ears ringing.

Local band Nite kicked off the show with a style that seamlessly altered from angsty rock to ‘80s synth-pop without a second thought. Nite was followed by the Brooklyn-based band DREAMERS, who amped up the crowd with infectious, crowd-favorite songs like “Drugs” and “Sweet Disaster.”

Then the Griswolds appeared to a crowd that was ready and willing. They opened with saccharine-sweet “Role Models,” off of their latest album “High Times For Low Lives.” And the crowd loved it.

The band provided the perfect mix of the two openers: the synth-y, electronic influences from Nite and the upbeat rock from DREAMERS came together perfectly.

“Are you guys ready to dance? ‘Cause this one is kind of a shake your toosh kinda song,” Whitehall declared before jumping into their song, “Feels So Right.”

However, the band began to lull around the halfway mark of the show, and the crowd’s energy drooped along the way. Their song “Live This Nightmare” was much heavier than the recorded version, with a slowed down tempo that lost some of the audience.

A few songs later, the Griswolds found their pace again with “If You Wanna Stay” and “I Want it All” reenergizing the crowd.

After their set ended, the band returned for a three-song encore. Before building into another climax, Whitehall told the crowd that he wanted to preach a bit.

“The world can be a scary place,” he said. “We should only preach love and equality right now. That’s what this song is about.”

The song? A stripped-down “High Times For Low Lives,” which got the crowd emotional as they sung along, swaying their phone lights in the air.

Then came hit songs “Beware the Dog” and “Heart of a Lion,” which ended the evening perfectly. The fast-paced, invigorating songs electrified the crowd, leaving everyone completely danced out and ready for the next show.