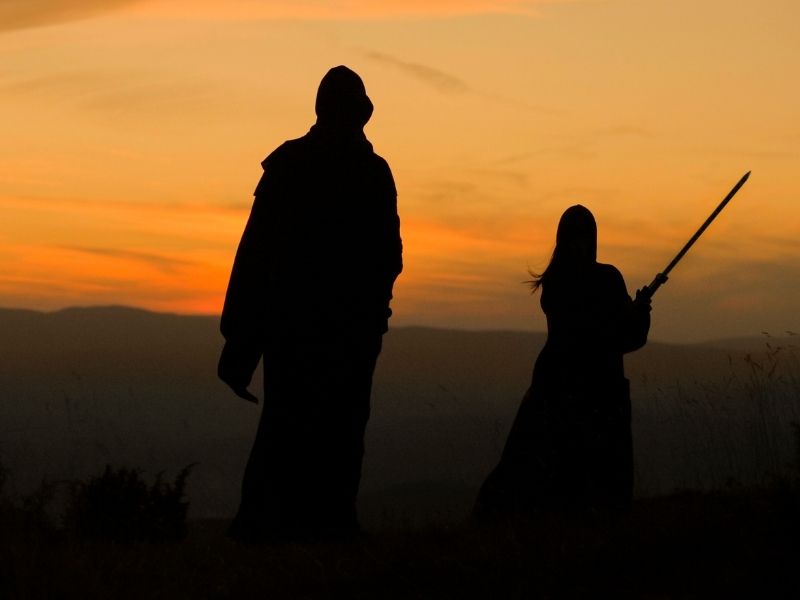 Spoilers and Content Warning: This review will discuss sexual violence.

“The Last Duel” is a story about rape that reveals all men care about is their pride.

This film marks the first time Matt Damon and Ben Affleck have written a script together since “Good Will Hunting.” The movie follows the rape of Marguerite in the same style as “Rashomon”; that is, we see the events that lead up to and follow the rape from the perspectives of Jean de Carrouges (Marguerite’s husband), then Jacque Le Gris (the rapist and Jean’s best friend), and finally Marguerite. Then the film jumps to the present where Marguerite has a trial in front of King Charles VI and decides Jean and Jacques will participate in trial by combat.

Jodie Comer stars as Marguerite with Matt Damon playing her husband Jean de Carrouges. Adam Driver plays Jacques Le Gris, the friend of Jean and the squire who rapes Marguerite. Ben Affleck rounds out the cast as Count Pierre, the leader who oversees the land in which both Jean and Jacques live. The film is directed by Ridley Scott who also directed “Alien” and “Blade Runner”.

The way the story unfolds is the most intriguing aspect of this film. We see the same story three times from three different perspectives. But Scott makes it very clear that Marguerite’s version of the story is the truth and thus he saves it for last. In both of the men’s versions of the story, they portray themselves in the best light. But when we hear Marguerite’s side, you see how truly despicable both of them are. The rape is shown to us twice. The first time from Jacques perspective where it is very uncomfortable to watch. We see the rape again from Marguerite’s perspective and it is revealed the rape was more horrible than originally thought.

Comer, Damon, and Driver deliver great performances in the film. They each play three variations of their characters because we see three different versions of the same story. Comer steals the show in what will probably become an Oscar nominated performance.

The film pulls no punches. It shows the full ugliness of rape and becomes extremely violent whenever a character is in battle. The film is interlaced with battles that become a bloody mess, foreshadowing what’s to come in Damon and Driver’s big duel. The final death is so gruesome it practically shouts at the audience “How do you like them apples?”

The Last Duel is a beautifully shot film that explores the horrors of rape. Marguerite risks being burned alive in order to find justice. The film is bold and worth watching for Comer’s performance alone.