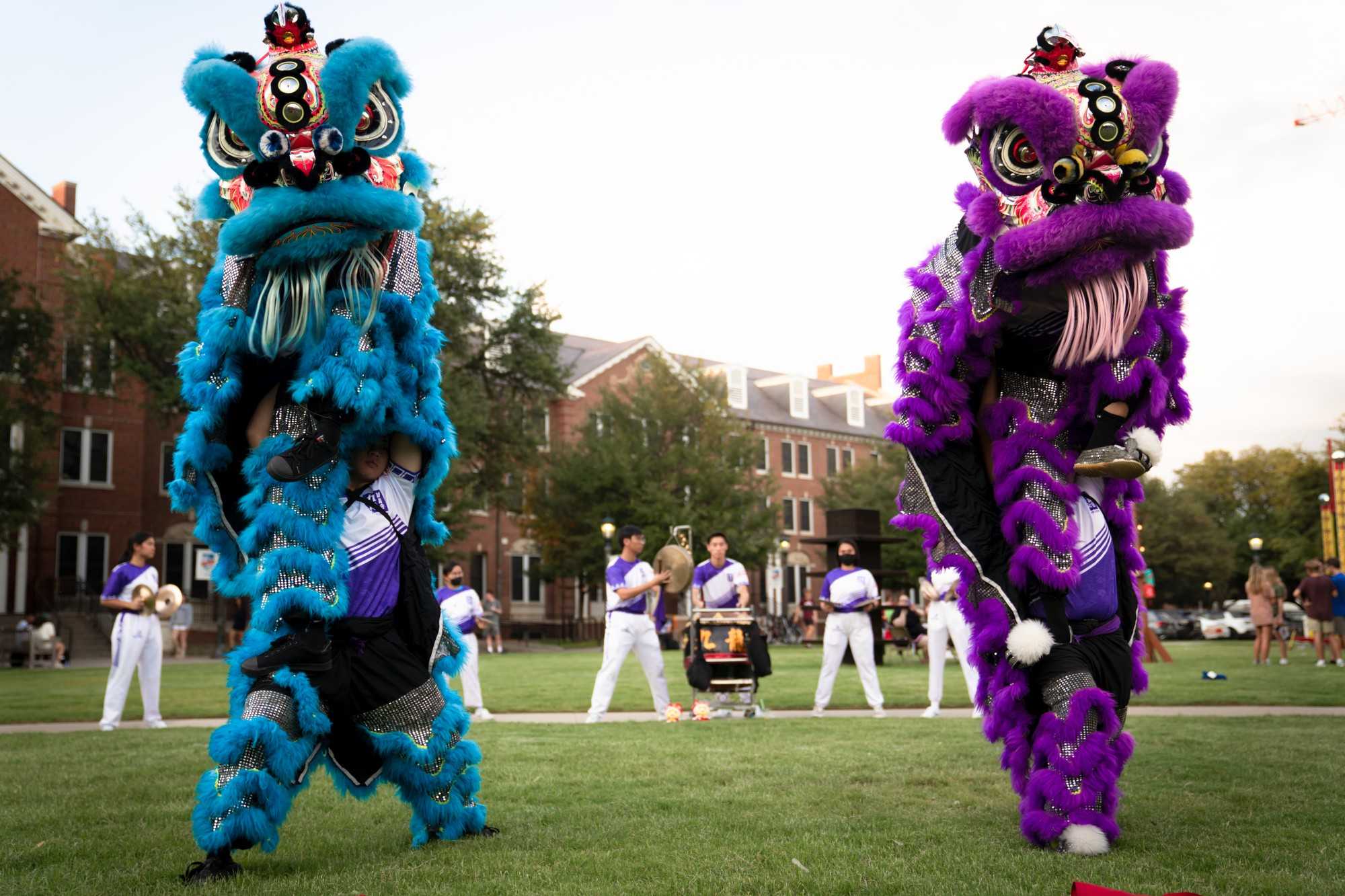 The Mid-Autumn festival, also known as the “Moon Festival,” is held across many Asian countries. In Vietnam, the fairytale told to children about the festival honors Chu Cuoi, an orphan who discovered a tree that could cure disease.

“Chu Cuoi wanted to cure all the diseases in his village,” Tiffany Doan, VSA president, said. “The princess in the village got sick, so he decided to use the plant to heal the princess which worked and then they happily got married.”

Doan further explained that the princess was forgetful and did not remember to properly take care of the plant, which needed pure water to survive and was currently in her care.

Now, during the Mid-Autumn festival in Vietnam, children carry lanterns to guide Chu Cuoi back home from the moon. The festival also revolves around the idea that parents can spend more time with their children after the harvesting season.

“Often, in Vietnam you’ll see carnival games, cornfield toys and lanterns that kids can take and play with, which is why we have carnival games here to kind of replicate that,” Doan said.

In honoring the story and tradition, Michelle Win, VSA vice president, hopes to indulge SMU students into Vietnamese culture and Asian culture as a whole.

“We want to bring them into not only the Vietnamese community, but the Asian community that’s here on campus and welcome them,” Win said. “We want to show people all the different kinds of foods and the lively, energetic community we have.”

The turnout for the event was large with 300 students in attendance. Event goers gathered in lines to try the diverse food and experience the game stations. The positive energy and experience of trying different foods at the festival learned about through Alberto Pastor, faculty in residence, was a practice that attendees looked forward to said Cydney Curtis, a sophomore at SMU.

“What Alberto does is he partners with organizations here on campus or off campus that allow for more cultural diversity,” Curtis said. “It allows for students to branch out, learn more about different cultures and eat different foods they may not have eaten before.”

The events that VSA host aims to display a sense of community on campus and echo their message of cultural education.

“My hope is to get communities to learn and ask more about Vietnamese culture,” Doan said. “I don’t want it to just be like, oh, there’s Asian food, Asian drinks and then you leave, I want them to experience what Vietnamese people would experience and to learn more about the culture itself.”

Looking to the future, VSA is hosting their annual Pho Night on Oct. 7, and encourages students to attend.

“It’s going to be a more elegant event than Mid-Autumn is and it is going to be hosted in the Hughes-Triggs ballroom,” Win said. “We’ll be serving pho and we’ll be showcasing a classic show that’s always played in Vietnam called Paris by Night.”