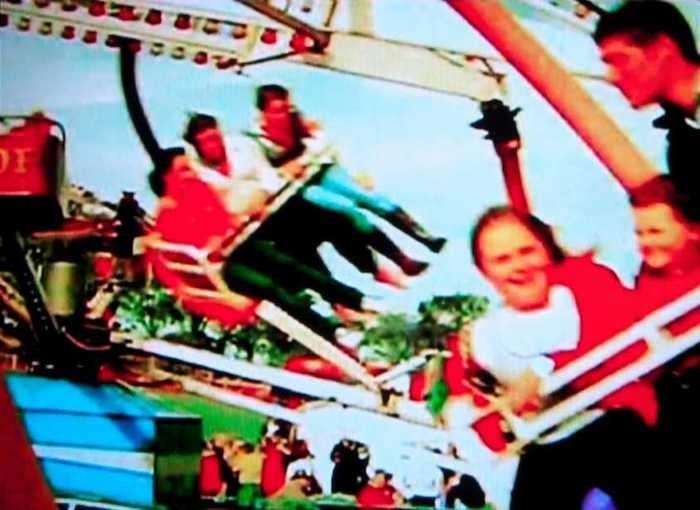 Video art isn’t a new concept; most modern art museums have been showing it for years. But the Dallas Museum of Art has taken a little bit longer to catch up with the times.

Of these 24 pieces, 10 are from the museum’s collection — and many of those have never taken a place on the DMA’s walls until now.

“It makes a point about what the museum wants to be,” director Agustín Arteaga said. “We should work more with our collections, so they can come to life in different ways.”

The exhibition propels the DMA into the 21st century “in a way that was unprecedented,” according to curator Gavin Delahunty.

Unlike some of the museum’s other exhibitions, “Truth” is unique in that it takes up not one, but two exhibition spaces.

Guests begin on one end of the museum, winding their way through the first 15 works in the Chilton Gallery, then cross under Anne Tallentire’s massive “Drift: diagram xvii” to enter the Hoffman Galleries.

The exhibition, constructed in chronological order (from the 1960s to today), primarily uses three filmic techniques—appropriation, documentary and montage—to “see” reality from each artist’s own frame.

Bruce Conner’s “Report” starts off with a jarring view — a recreation of the John F. Kennedy assassination tapes chopped up by strobing lights, making the video almost unwatchable at times.

By building its own tension, “Report” creates its own truth. In a way, it manages to show a more perfect truth than did the original films, which lacked the same reflection of reality provided by modern technology

“If we understand the exhibition as a form of communication, it does not simply comment on actualities in our society such as widespread discrimination, bias or deliberated misinformation, but rather it presents a complex view of the real, with no one dominant view, a reality formed by a vibrant and brilliant multitude of perspectives,” Delahunty said.

Tackling issues such as racial identity, sexuality, violence, protest, globalism and ethics, “Truth” leaves viewers with more questions than answers. Watching every second of every piece would take hours — and patrons aren’t necessarily supposed to.

This exhibition won’t be the blockbuster like the DMA’s “México 1900–1950: Diego Rivera, Frida Kahlo, José Clemente Orozco and the Avant-Garde,” but it will certainly leave a niche audience wanting more.

A highlight of the exhibition, proving most powerful and most accessible, is Arthur Jafa’s “Love Is The Message, The Message Is Death.”

The seven-minute video guides viewers through the black American experience, set to the fervent highs and lows of Kanye West’s “Ultralight Beam.” Contrasting historical moments with modern day, Jafa chronicles the conflicting emotions that come with being black in America.

Violence like historical footage of the L.A. riots is matched by cell-phone video of the now-infamous McKinney pool party. The triumph of Muhammad Ali’s win is now the sheer freedom of kids dancing, depicting “black boy joy.”

There’s a mourning of the loss of potential for black Americans, who must navigate between acceptability and punishment.

Frankly, it hurts to watch.

While the other works set out to question social issues, none do so in such an effective and relatable manner.

The show ends with James Coleman’s “Untitled,” which is distinct from the other works with historical context. Instead of having this point of reference, “Untitled” depicts the spinning of a fairground carousel. Akin to a modern-day GIF, the film also uses another carousel: the now-obsolete slide projector that displays the film.

That’s why it’s the last piece of the show, according to Delahunty.

It’s not just an image, but rather the death of the image.