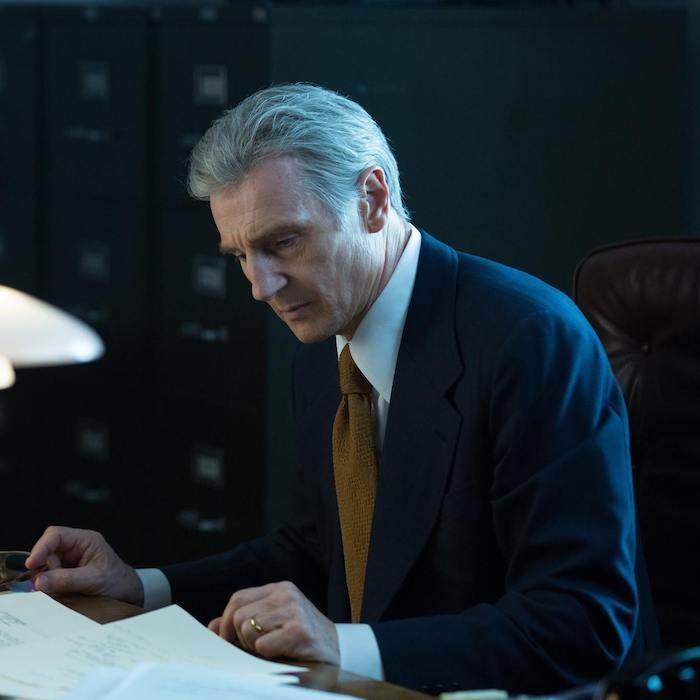 A title as long as “Mark Felt: The Man Who Brought Down the White House” reads like a historic retelling instead of a movie that recreates the drama and suspense of the Watergate scandal. Herein lies the core issue of Peter Landesman’s newest venture into history.

The writer-director is not unfamiliar with this genre; his recent films include “Parkland,” a look into the hectic time at the hospital President Kennedy entered after being shot, and “Concussion,” a look into pathologist Dr. Bennet Omalu as he uncovered brain trauma prevalent in NFL players. His most recent attempt at adapting history focuses on the identity of “Deep Throat”, the FBI insider who leaked information regarding the Nixon administration and the Watergate scandal of the 1970s.

The film follows Mark Felt and his colleagues as he divulges information regarding the scandal to the press. His identity has remained hidden until 2005, when Felt revealed his true identity as “Deep Throat” in a Vanity Fair article. The film attempts to show Watergate from the other side, away from the focus on the journalists of “All the President’s Men” and toward the inner workings of a government about to crumble under conspiracy. Yet, by the end of the film, we still know very little about the mysterious leaker and title character.

For what could potentially be a high-tension drama delving into conspiracy, “Mark Felt” fell flat in its subtlety. Neeson, known for action-packed roles in thrillers, played Felt as straight-laced and persistent, never raising his voice above a low near-whisper. He talks in his trademark gravelly tone that evokes the intimidation and urgency needed in some scenes yet felt out of place in others. Neeson’s performance met general expectations but left the audience wanting more out of Felt.

Felt talks mostly with The Washington Post’s Bob Woodward (Julian Morris) and Time’s Sandy Smith (Bruce Greenwood), the latter solely in a dingy diner. As Felt relinquishes the confidential secrets and risks his career, we see no indication of his inner struggle with morality other than Smith’s reactions. Instead of showing the viewer how the scandal affects Felt, the supporting characters just tell them through lackluster dialogue. In the diner, Smith explains Felt’s feelings, simply stating, “this is very hard for you.”

The inclusion of Felt’s personal struggles became a halfhearted attempt to humanize Neeson’s character, creating conflict that leaves the viewer unaffected. We learn that his daughter has been missing for a year after her involvement in antiwar protests. This conflict is spliced haphazardly through the film, coming to a conclusion that felt lacking and unnecessary.

“Mark Felt” had the potential to be a drama filled with tension and action. While Neeson’s performance saves the film from drowning, it does not do enough to keep it afloat for long. There is a point in the film where Felt is talking with Woodward on the phone and something becomes strikingly clear: there is a much better movie on the other end of the line, and it’s called “All the President’s Men.”