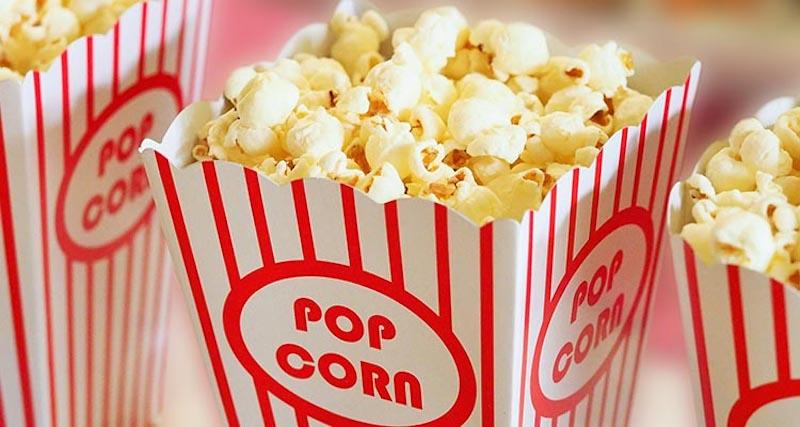 “Fighting with my Family” (released Feb. 14)

The true story of WWE star Paige inspired this downright hilarious wrestling film that stars Florence Pugh, Jack Lowden, Lena Headey, Vince Vaughn, Nick Frost, and Dwayne “The Rock” Johnson. Even if you aren’t a huge wrestling fan, “Fighting with my Family” will keep you laughing while delivering an inspirational message to fight for what you want (literally).

This Netflix original has already received raving reviews based on the inspiring work of the Duplass brothers in this comic drama. In “Paddleton,” a man is diagnosed with cancer and decides to take his own life. His best friend and neighbor accompanies him on the road trip to the nearest pharmacy that can fill his prescription. Doesn’t sound comic at all, does it? But you’d be surprised. “Paddleton” is an outstanding emotional rollercoaster, and you don’t even have to buy a ticket. WARNING: Do not watch with someone who you’d rather not see you cry–it will happen.

Starring Michelle Monaghan, Alfred Molina, Common, and Leem Lubany, “Saint Judy” tells the true story of an immigration attorney, Judy Wood, who worked to save women’s lives by changing the asylum law in the United States. The true story behind “Saint Judy” is even more impressive than the film, which leaves audiences with a new perspective on the prevalent issue of immigration. “Saint Judy” approaches this national discussion in a unique way that shouldn’t be missed, regardless of your stance on the topic.

Calling all thrill-seekers and horror fiends! This psychological thriller portrays a young woman who bonds with an older widow, only to discover the dark scheme behind their meeting. Although it has mixed reviews, “Greta” is one of the most talked about films of the season, starring Chloë Grace Moretz and Isabelle Huppert. It’s one to see (if only to say you saw it), and I recommend seeing it with a group.

This “Narcos” meets Batman action film features a dream team cast including Ben Affleck, Pedro Pascal, Garrett Hedlund, Oscar Isaac, and Charlie Hunnam. “Triple Frontier” depicts former special forces operatives who join together to steal the fortune of a dangerous drug lord in South America in an attempt to provide for themselves–a mission that has unpredictable consequences. In addition to its action-packed plot and star cast, “Triple Frontier” addresses very real challenges members of the military face after their service has ended.

On the run from his dangerous uncle to protect his sister, a young boy named Rio gets entwined in the conflict between legendary outlaw Billy the Kid and Sheriff Pat Garrett. The film provides a compelling take on infamous historical figures through the eyes of a young boy. With an all-star cast including Ethan Hawke, Dane DeHaan, Chris Pratt, Leila George, and introducing Jake Schur, “The Kid” enchants the audience with its old-west feel and morally complicated story.

This brand new documentary on the legendary mission to the moon features never-before-seen footage dug out of the NASA archives, providing new insight to the story we think we know so well. Critics are raving about the film, which takes on additional meaning, as this July will be the 50th anniversary of the NASA mission. Though many films about the mission to the moon, “Apollo 11” makes its footprint (sorry couldn’t help it) due to the new footage and its real-life portrayal of the events that played such a large role in the history of our nation.

Starring Julianne Moore, John Turturro, and Michael Cera, this film depicts a divorcee named Gloria looking to take back control of her life by going to clubs, dancing, and meeting new people. “Gloria Bell” is a reimagined version of the original Chilean film, “Gloria” (2013), by the same director, Sebastián Lelio. In the film, Julianne Moore brings her charisma and comic spirit to infuse the story with a new life. Who are we to say no to anything with Julianne Moore?

Aside from the fact that it features our mascot, this awe inspiring film is based on the true story of a criminal who participates in a rehabilitation program where convicts work with horses to develop empathy and foster emotional connection. “The Mustang” stars Matthias Schoenaerts, Jason Mitchell, Connie Britton, and more as it shows the journey of one man to rehabilitation, reconciliation and redemption. Again, see it with a box of tissues and an appreciation for the beautiful way in which the story unfolds.

For those who love soppy rom-coms, here’s to you. Two teenagers with CF fight to take back their lives from their disease, in spite of the deadly risks they pose to one another. Starring Haley Lu Richardson and Cole Sprouse, “Five Feet Apart” will appeal to fans of “The Fault in our Stars” and encourage the audience never to forget to enjoy life (though the message sounds cheesy, it’s still a good one).

This is a big year for Ted Bundy productions. In a new perspective, “Extremely Wicked, Shockingly Evil, and Vile” follows the Ted Bundy drama from the eyes of his girlfriend, Elizabeth Kloepfer. The film stars Zac Efron and Lily Collins. Though it was technically released earlier this year at Sundance, it is unclear when the film will be available to mass audiences. Netflix has been courting the film, and it’s likely that it will be released on the streaming platform. Though it’s uncertain when in 2019 the film will be available, this is one to keep your eyes peeled for.