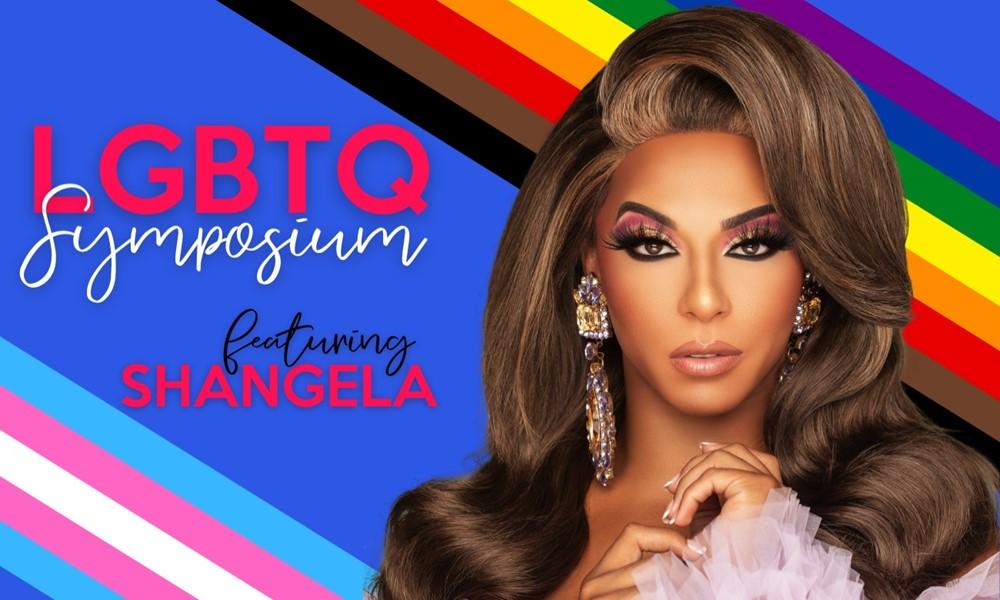 DJ Pierce, also known as “Shangela” performed professionally for the first time at SMU. Both SMU and non-SMU community members came to see Shangela perform. As a member of the LGBTQ+ community, seeing Shangela at SMU meant a lot to students.

“I wanted to come simply because it’s an LGBT event on a very, conservative campus and so it’s nice to see some like minded people,” said Josiah, a first year political science and international studies major.

Pierce competed as “Shangela” on RuPaul’s Drag Race and is currently hosting an Emmy nominated series, “We’re Here,” which follows small town residents as they are recruited to perform in a one night drag show. Pierce has also acted in numerous TV roles and “A Star Is Born” alongside Lady Gaga.

“I’m just really excited because Shangela was an inspiration and I think that’s really awesome to see somebody from our university doing as well as Shangela is, especially given the notion of what SMU is founded off of,” said Brie Tollie, an SMU senior and Queer Senator.

Pierce graduated with Honors from the CCPA program and was a Hunt Scholar, a Hilltop Senator, Program Council Chair, M Award recipient, member of The Association of Black Students and most recently selected to serve on the Meadows School of the Arts Executive Board.

“It was just absolutely amazing to see one of my children that came to SMU, that I spent a lot of days and time with and to see that DJ has developed into the individual that he is today is absolutely awesome,” said Jennifer “JJ” Jones, Executive Director of Student Development at SMU.

The Women and LGBT Center had been trying to have DJ return to SMU and were happy to have him perform as “Shangela” on Thursday. “The event tonight has been a culmination of work that we’ve done over multiple years trying to get Shangela back here. It just means so much to our student population here to see somebody who’s an LGBTQ person of color, who’s out there, being fabulous and it’s just a testament to all the places that you can go from being here at SMU, and Shangela is just a great, great role model that we are happy to have here,” said Sidney Gardner, Director of the Women and LGBT Center.

This was Pierce’s first time returning to SMU since graduation as well as the first time bringing Shangela to campus. “I know SMU recently had a homecoming, but tonight was truly my homecoming here. I felt surrounded by love and was so amazed to see the amount of great diversity, acceptance and love in this room tonight. It really empowered me to go out there and try to make even more change in the world, and I hope that I left something special here with the students,” said DJ “Shangela” Pierce.