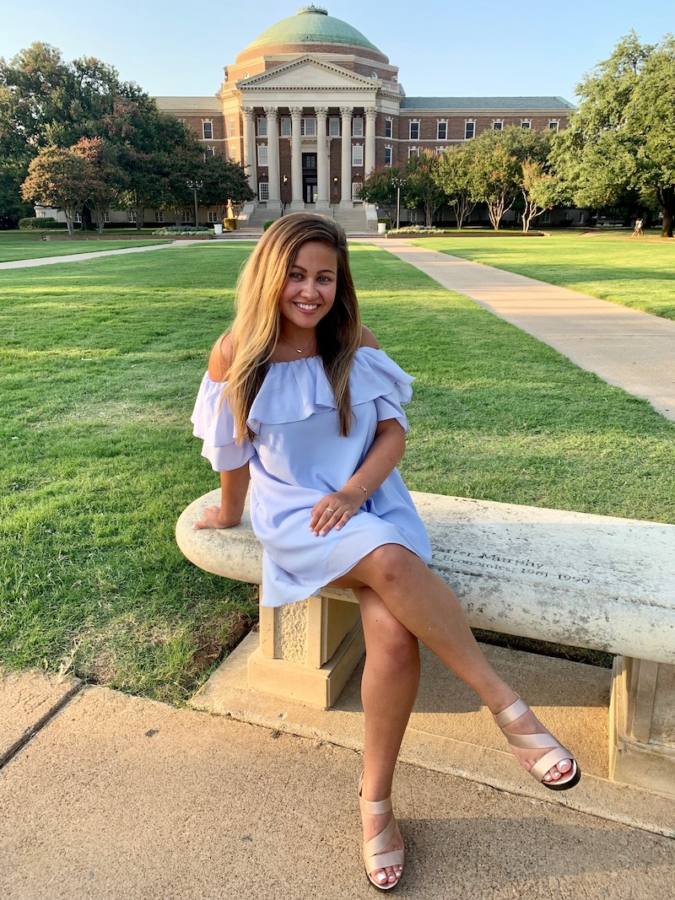 Rainy weather and mud won’t stop Captain Hannah Morris and her Pom Squad from cheering on the sidelines.

“Our hair was sopping wet and our uniforms and our boots. Everything was just wet,” Hannah said. “We felt like we were in an 80s movie. Dancing in the rain was definitely a memorable experience.”

Hannah has been on the Pom Squad for three years. Her admiration for past Pom captains inspired her to become a leader for the squad, too.

“It pushes me to be accountable,” Hannah said. “What would they think if I did this? Would I uphold myself to the same standard I am asking them to uphold?”

In addition to football and basketball season, Pom Squad also competes in their own national competition in the spring.

“I feel like everyone sees us on the sidelines, and they think that the only thing we are about is looking cute. But you know, we are a sport,” Hannah said. “And we work just as hard as athletics.”

“I feel like everyone sees us on the sidelines, and they think that the only thing we are about is looking cute. But you know, we are a sport.”

With football season starting, Hannah encourages students to come to the games to cheer on not just the football team, but the Pom Squad, cheerleaders, and Mustang Band as well.

“SMU, believe it or not, actually has a lot of spirit. People who go to SMU and go to the games really love SMU,” Hannah said. “It gets us more hype. We want to cheer louder and dance bigger.”