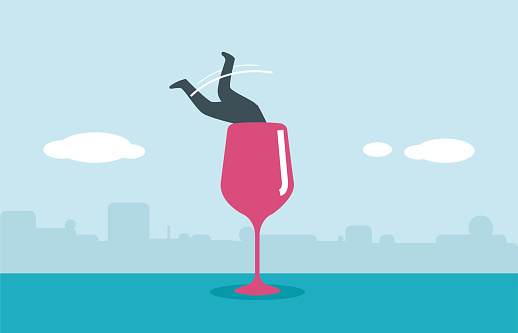 College is a time of self-discovery, including discovering limits. But what happens when things go too far?

Senior Charlie Grant wrote in a letter to the Daily Campus about his experience recovering from alcoholism while attending SMU.

“My life now is drastically different than it was three months ago, six months ago, a year ago, and every other interval that precedes those,” he wrote.

Grant just celebrated his six-month-sobriety benchmark. In his letter, he shared his sober journey for others in similar situations to show that they are not alone.

We decided to publish his letter. We have edited it only for clarity and style. Read his letter below.

When you first get sober, it’s all-consuming. It overwhelms every fiber of your being: mind, body, and soul. You go to bed angry at yourself for letting it get out of control. You wake up wishing you could turn back the clock and do things differently. You lie to yourself while you walk through the grocery store and say that you weren’t really that bad. I’m here to tell you that all of that is okay. All of that is normal.

In those moments, you must remember that getting sober is the biggest thing in your life. Frankly, it’s probably the most challenging thing you’ve had to do in your life thus far. So, if getting sober becomes your identity for a while, that’s perfectly fine. Even if you start telling people that you identify as sober because it helps you, keep doing it. Yeah, it’s kind of weird. But do the weird stuff if it helps. Getting sober is kind of like joining Fight Club. The first rule is to be sober, and the second rule is to be sober. Nothing else matters.

But there will come a time after you have gotten sober that you must begin to live sober. To live sober, you recognize that everyone experiences adversity, and yours is nothing more than an interesting fact. It’s not your identity, and it doesn’t define you. That’s what I am doing right now.

As you progress through the recovery process, you come to terms with everything that went wrong and recognize that addiction is a disease. As a result, your thoughts no longer consume you. If you had any physical effects, they are gone. Everyday life becomes easier. That marks the transition into living sober territory and, with it, the emergence of a new challenge.

As you get further removed from day one of sobriety, you begin feeling the urge to drink again. After taking a hiatus from alcohol, I began to think that I was “cured” and that I could now maintain a healthy relationship with alcohol. Put simply, I forgot that I am powerless to alcohol despite knowing it was true. I am not too proud to admit that remaining sober in those moments was more difficult than at any other point in the last six months. Although I wish I had a maxim that could immediately quell this thought, your refuge lies in the truth. As it turns out, everybody who has gotten sober has thought the same thing, and everybody who has given in to the urge says the same thing: it’s not worth it.

In case that isn’t enough, I heard someone explain that whenever you’re in an AA meeting (or doing another positive sober activity), your addiction is out in the parking lot doing pushups, getting stronger so that it can try to overpower you. I thought that was genius. No matter how long you’re sober, no matter how many meetings you go to, you will never be cured of your addiction. Rather than trying to fight this preordained truth, accept it for what it is.

You must also recognize that to live sober, you must truly live sober. Regardless of what people say about triggering environments, you can’t live a life without ever being near alcohol again. That’s just not feasible. Although being in a bar may not be easy at first, it will get easier over time as you become more secure in your sobriety. Having said that, you don’t have to force yourself to watch people play beer pong in a garage if you don’t want to. Live sober but be realistic with it.

Although I firmly believe that once you become powerless to alcohol you remain powerless forever, I have had another somewhat contradictory realization: do not deal in absolutes. It goes without saying, but I am 22 years old and may never drink again. I may live for 70 more years without ever consuming another alcoholic beverage. But one day I may drink again. I don’t know. That’s the thing about this process: it’s not about one day 30 years from now. It’s about today. It’s about now. You can let the thought of never being able to drink again drive you crazy, or you can say, “one day, I might be able to do that,” and just move on. I don’t know if I will drink ever again, but I do know that I am not going to drink today, and that’s what matters. There are things that you can reasonably control right now, so work to control them and let the rest fall into place later.

Not employing absolutes is equally true in life as it is in sobriety. Although you should continue to plan your future, don’t lose sleep over it. Focus on what you can control now. because making consistently good decisions has a compounding effect. As they say, “success is the sum of small efforts, repeated day in and day out.” I am here because I lost sight of that.

Rome wasn’t built in a day, but it still stands 2,000 years later because people laid each brick to the best of their ability before moving on to the next one. Life is the same way. If you focus on laying one brick as good as you can each day, you will be amazed at your progress in time or, in my case, six months.