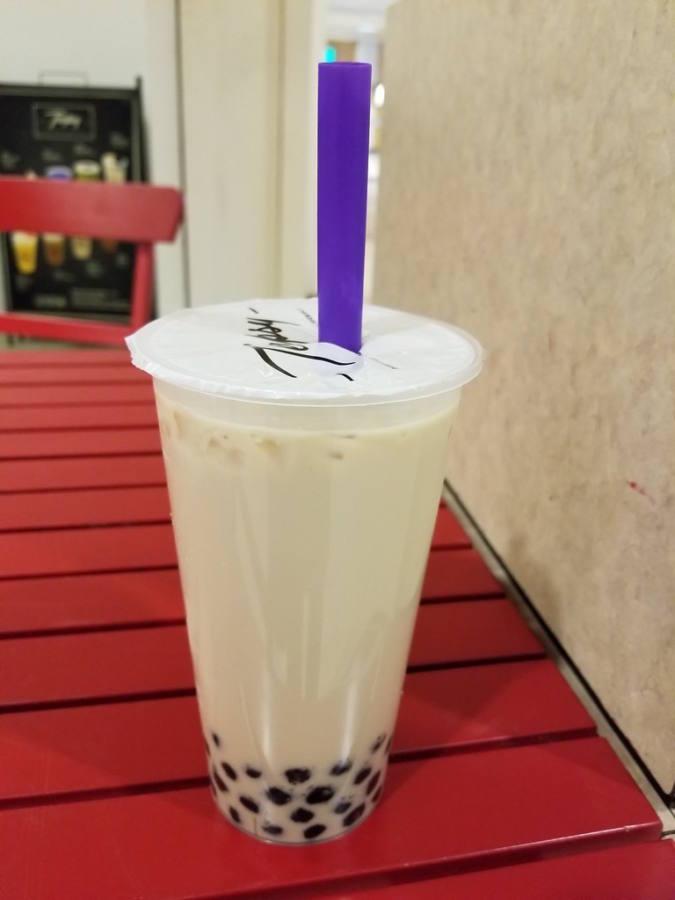 Boba tea is a “Taiwanese drink that originated in Taichung in the 1980s” and made its way to the United Sates in the late 1990’s according to kungfutea.com. Thrillest’s Everything Else You Need to Know about Boba said that they are cassava starch balls that are the quintessential toppings at any tea shop.

Many boba tea consumers love the drink so much because of the thrill of eating and drinking at the same time.

If you’re a first-timer, Kung Fu Tea has an interactive customization site called Choose Your Flavor.

Kung Fu Tea is located only 3 minutes from SMU campus and sells both hot and cold boba teas for $5.14.

Panda Tea is 6 minutes from SMU and has an assortment of large matcha-infused boba teas for $4.50.

Fulll is 7 minutes from SMU campus and is popular for their strawberry drinks and matcha lattes.

Bobaddiction’s storefront is 10 minutes from campus and has alternatives such as almond milk, soy milk, coconut milk, and lactose-free milk.

Bobaddiction‘s food truck even appears on campus occasionally on Tuesdays and Thursdays.

BUSY WEEK! Find us at Deep Ellum Arts Fest this Thurs to Sun! Or find our trucks here: https://t.co/2ppDF8m4xC

Fat Straws is located 13 minutes from SMU campus and sells milk teas, infusions, brews, smoothies, frappes, and shakes with or without boba for $4.49.

Photo credit: “Boba, how civilized” by quinn.anya is licensed under CC BY-SA 2.0