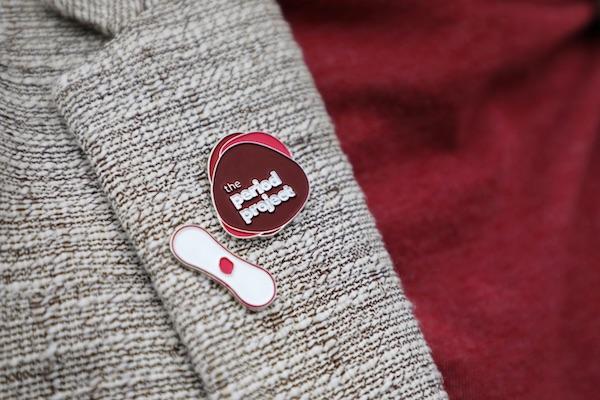 In the fall of 2018, Marie Joung transferred to SMU with a vision — an idea to create an environment that supported and helped women surrounding their menstruation. From this idea, Joung founded The Period Project as a student initiative and began to lay out her goals. Joung graduated in May of 2020, however, the project is still growing and is just a few months away from becoming the newest student organization on campus.

Joung said one of her first goals for The Period Project was dispensers with free menstruation products in public campus bathrooms. She said it is significant that the products will be in mounted dispensers rather than baskets.

“We want something permanent and reliable,” Joung said. “We value the experience of menstruaters and their academic success on campus.”

Academic success can be affected by menstruation, according to a survey done by The Period Project. 521 SMU students and faculty members took the 10 question survey focusing on menstruation experiences at SMU. Of these members, 88.3% were female.

The results showed that the majority of those surveyed have unexpectedly started their period in public before, and over 50% of them did not have menstruation products with them. Therefore, many of these students said they would go buy products immediately, which could cause them to miss class. One student, whom took the survey, recounts missing a mandatory meeting to change clothes due to the start of her period.

With Joung now graduated, Ash Thye has stepped in as executive director to run The Period Project on campus. Thye said not only is not having products on hand a problem, but also not having the means to obtain products. He described this as “period poverty”.

“It means having to use toilet paper or something like that to deal with your periods if you don’t have access to actual absorbent products,” Thye said.

Armed with the information from the survey, The Period Project team presented a bill to SMU’s student senate that supports free and sustainable menstruation products on campus. The Student Senate unanimously passed the bill, showing their support.

Not only has the senate expressed excitement about the project, but the facilities department at SMU has been in support of installing dispensers and keeping them stocked. But due to COVID-19 budget cuts, this has yet to happen.

“We were feeling really optimistic last year about making it happen but with the pandemic and commitments falling through, it’s taking a lot longer than we anticipated,” Thye said. “That led us, over the summer, to decide that we were going to charter to become a student organization.”

The Period Project team is confident they will be approved to become a student organization this spring semester, despite the setbacks, with their backings from senate, facilities, and other campus leaders. Thye said members of the project are the key to their goal.

In order to become a student organization, The Period Project needs ten members. These members will have the opportunity to participate in discussions on campus and help plan and serve at events for menstrual equity.

“To be a member is to participate in demanding the basics here at SMU,” Thye said.

He said whatever that looks like for an individual, the organization will be flexible and accommodating to make that happen. Thye said although the people that tend to be involved are those who menstruate, this is an organization for everyone.

“I also am a firm believer it is not just a menustraters’ issue,” Thye said. “Anyone who hasn’t menstruated, like most men, it is also their issue. It is an issue of basic empathy.”

“It’s just a matter of getting non-menstraers to understand how essential that is,” said Thye. “Because there is still a stigma around it, people don’t realize how big of a problem it is until it is brought up to them.”

To get information or become a member, students can reach out to Ash Thye at athye@smu.edu.