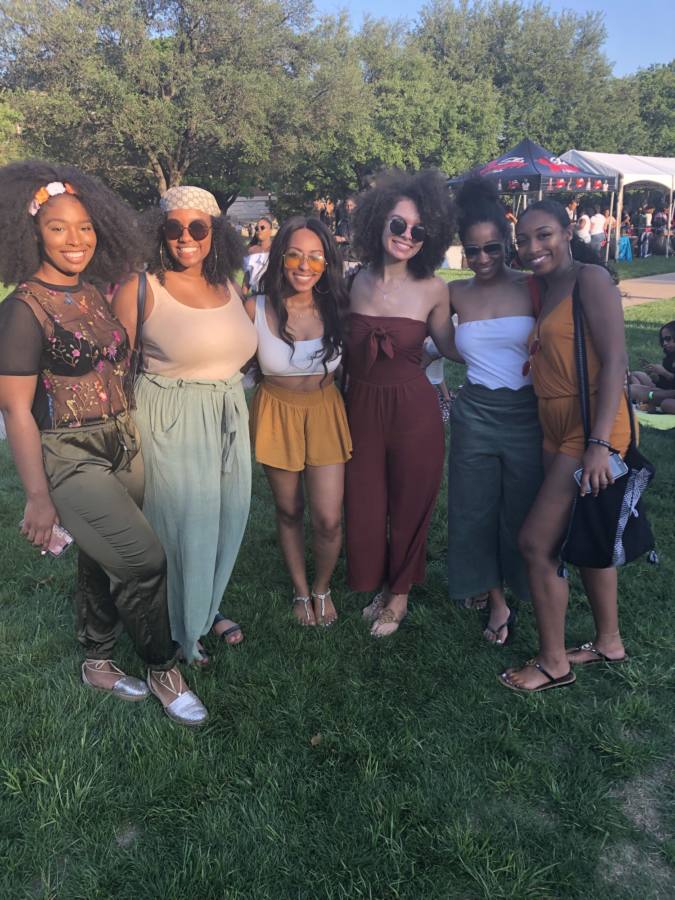 The event dubbed “Curlchella” was a natural hair, arts and entertainment festival offering performances by local black artists including DJ Phenom and SMU’s own Lauren Steele.

Curlchella, which is sponsored by SMU Mom’s and Dad’s Club, was open to the public, and around 200 people attended the event.

Kids and families from all over Dallas had a blast dancing to music and eating delicious food, while historically black fraternities and sororities strolled in front of Dallas Hall.

Senior Mechanical Engineering major Khyree Henderson graduated from Townview Magnet Center, where he was a drum major. He had the chance to perform with his alma mater at Curlchella.

“It was cool chilling with my old band,” he said. “I got to act up in front of my SMU friends too.”

Curlchella lasted for about four hours, with attendees coming and going.

Junior Dance Major Avery Alexander said it is important that she represent the black community by participating in events like Curlchella.

“I wanted to support the Black community and show off our natural curls, skin, and glow,” she said. “It’s just beautiful being black.”