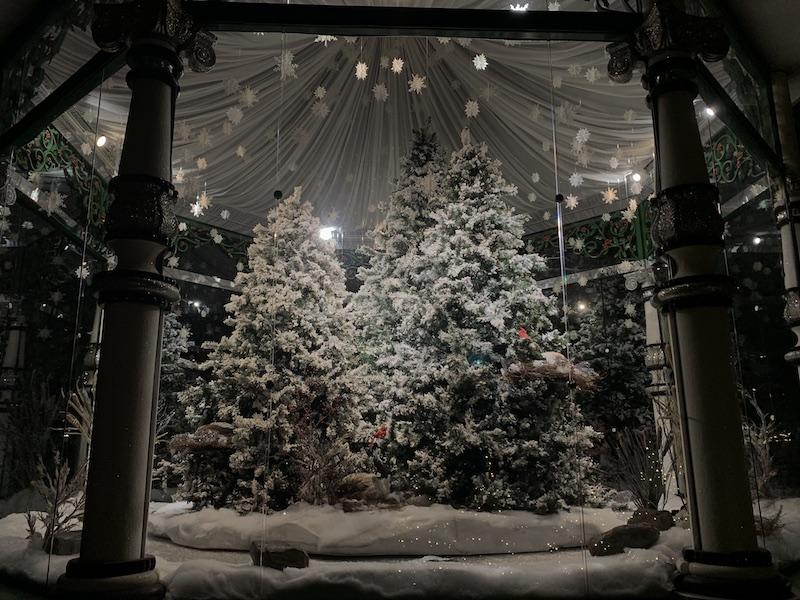 The Dallas Arboretum debuted its annual Holiday at the Arboretum exhibition earlier this month, featuring multiple Christmas themed attractions including The 12 Days of Christmas at Night Featuring More Than One Million Lights.

Dawn Butler and her mother Pat Rosby attended the 12 Days of Christmas together, in hopes of finding a new tradition they could share.

“She just moved to Texas so I thought it would be a good thing to do just the two of us,” Butler said. “We are trying to make new traditions. I think this a great one, it’s beautiful.”

The exhibit was mainly attended by families and older Dallas residents, although different they all came for the same feeling of nostalgia and tradition.

Pat Robsy, a new resident to Dallas, admired the gazebos which were colorfully decorated to fit each of the 12 Days of Christmas. She and her daughter mutually agreed that the Arboretum was going to become one of their traditions that they do every holiday season.

“What a beautiful way to gather,” Rosby said.

The exhibit featured 12 extravagant gazebos which were decorated to fit each of the different days in the song, The 12 Days of Christmas. Attendees walked leisurely through the Arboretum’s winding woodland scenery which twinkled with fairy lights.

“When I heard that the Arboretum was doing a 12 Days of Christmas celebration, I knew I had to come,” Weed said.

Weed attended the event to practice his photography and get outdoors, but the Arboretum held more significance than he originally thought.

“It’s a great place for families, kids, everyone,” Weed said. “Everyone can come to the Arboretum.”

The 12 Days of Christmas exhibition will continue through December 29th, lighting the canopies of the greenery with a million bright lights.

In addition, the Arboretum is holding holiday classes, choir concerts, and a 12 Days of Beer event through the end of this month into December.