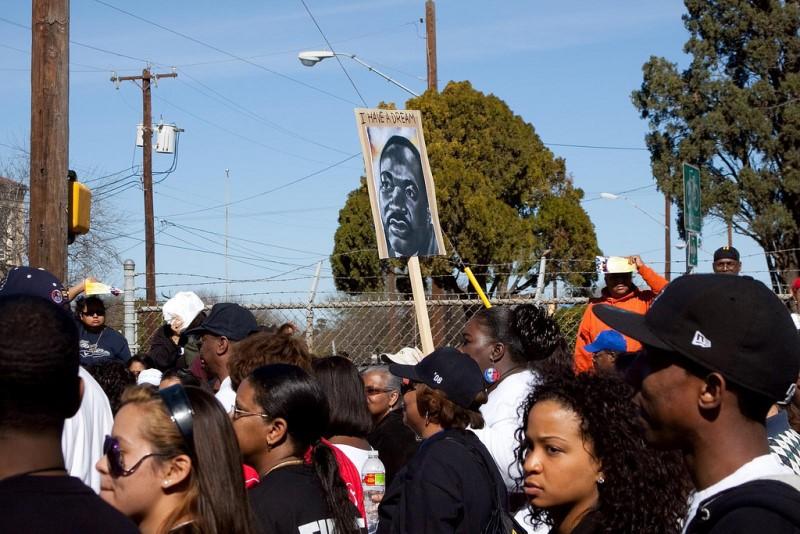 On January 21, people across the country spent their Monday recognizing the life of Martin Luther King, Jr. Countless parades were marched in, service activities volunteered in, and visits made to Dr. King’s memorial. Below are 5 highlights from MLK Day.

President Trump made an impromptu stop at the Martin Luther King, Jr Memorial. In the President’s two-minute visit, he lay a wreath at the foot of the statue and commented on the “beautiful day.”

“Mr. Trump’s stop by the memorial — to observe a moment of silence without extended public remarks — appeared to be a last-minute addition to his calendar. The president’s schedule listed no public events to mark the federal holiday honoring King’s life,” wrote Annie Karni in an article for the New York Times.

The city of San Antonio claimed to have the largest Martin Luther King Day march in the nation.

WATCH: An estimated 300,000 people marched to honor Dr. Martin Luther King Jr. in San Antonio, Texas on Monday; organizers claim the march is the largest in the nation https://t.co/vhYE084Gca pic.twitter.com/k9L7WJdH8z