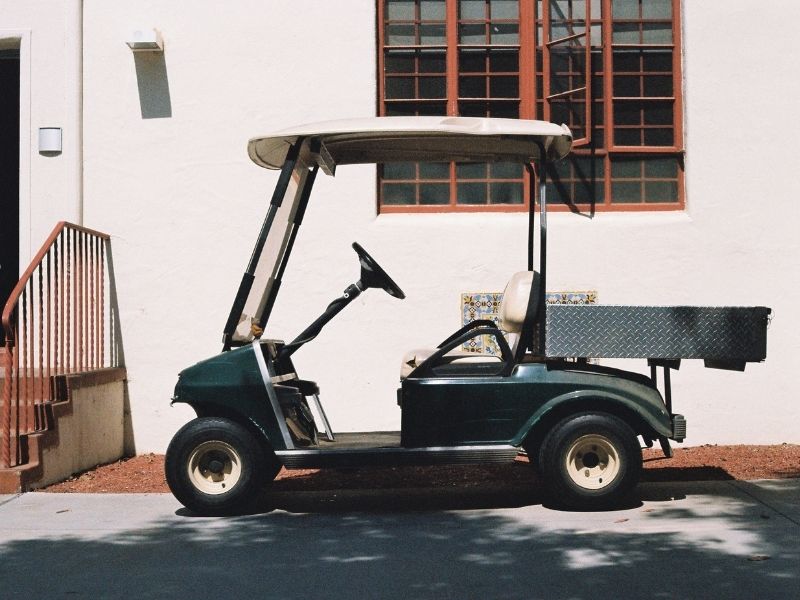 The sun inches over the horizon to the occasional sound of chirps as Tapride driver David Durnal pulls on his black gloves and fires up his tan golf cart.

Durnal powers on his iPad, and within seconds, the peaceful sounds of daybreak are interrupted by an electronic chime: a student in Virginia-Snider Commons has requested a ride.

“Sometimes I get rides the minute it hits 7 a.m.,” Durnal said. “Other days, I may drive around for like a half an hour, and nobody wants a ride. It just varies.”

He sets off to pick up his first passenger of the day; he hugs the corner of Binkley Avenue, beeping his horn at squirrels that dart into the street and navigating Southern Methodist University’s sideroads and shortcuts with the expertise of a seasoned professional.

Durnal and his safety escort cart are staples for late and injured students on SMU’s campus. Still, few people know that he is the first and only daytime driver. While he enjoys seeing on-campus events and meeting new people, Durnal faces the challenges of driving during unpredictable Texas weather and the threat of occasional wayward pedestrians.

Durnal started at SMU eight years ago as a night shift safety driver, then worked for a few years writing tickets for the university and supervising the night crew. The night crew’s primary responsibility is the safety of students walking on campus in the dark. Durnal took over as the daytime driver four years ago, when the university implemented daytime cart rides in the interest of injured or disabled students.

“I just decided I preferred to give rides,” he said. “It doesn’t get boring. There’s always some event going on, from football games to the Christmas light show. I also get to talk to people from other countries – stuff like that is fun.”

The safety escort system, commonly known as Tapride, offers students and faculty free golf cart rides across campus seven days a week between the hours of 7 a.m. to 3 p.m. and 7 p.m. to 3 a.m.

“We’re technically called safety escorts, but people call it Tapride because that’s the name of the app,” Durnal said. “Everybody’s got their own name for the rides; for a while, we were called Giddy-up. It reminds me of this Beatles song that goes, ‘Her name was Magill, and she called herself Lil, and everyone knew her as Nancy.’”

The downloadable app serves as a way for injured individuals, late-night travelers and tardy students to cross campus quickly. Students with crutches or leg braces frequent the Uber-like service.

“My number one priority, especially because I’m the only driver during the day, is to get the handicapped rides,” he said. “Right now, I’m at a low of about three people on crutches, but I had one year, after Christmas, where 12 people had boots or crutches. That’s why the school put somebody on during the day. It wasn’t just to give people rides so they didn’t have to walk the class. It was mainly to help out the people that are injured.”

TapRide operates by placing riders in a queue based on the time of their request. GPS then indicates the exact location of the cart and provides users with an estimated pick-up time.

“I get a lot of people late to class who request rides at the last minute,” Durnal said. “But there are certain people that always – and I mean every day – get a ride with me. They leave way early, like a half an hour, and they get rides consistently.”

People often make conversation with Durnal. Some students, like senior Camila Chahin, are on a first-name basis with Durnal.

“It’s very useful, especially when it’s cold, or I’m running late,” said Chahin, who took a Tapride every day when she lived on campus. “The problem with the app is that sometimes the pick-up time can be incorrect, so you have to keep track of the icon instead of looking at the wait time.”

A pet peeve of Durnal’s also has to do with the shortcomings of the app.

“When I go to pick up someone, a lot of times they’ll leave or go to their class without closing the ride out,” Durnal said. “So, I drive all the way across campus to find that they’re not there. That happens a lot, every day.”

He drives the five-seater vehicle in the rain, wind and cold, with the only protection being a plastic tarp during extreme weather.

“One time during some heavy rain, I turned a corner and saw these two women looking down while sharing an umbrella,” he said. “All they had to do was stop and step back, but one of the women let out this blood-curdling scream, and it shook me up so bad that I turned the wheel and ran into the curb. I still remember that scream.”

Durnal ends his day 10 minutes to 3 p.m., scouring the campus for anyone looking for a ride. Before he heads back to Binkley Garage to pack up the cart, Durnal notices two girls who eagerly wave him down.

“Sometimes I just get cracked up by some of the people that ride with me,” Durnal said. “Just a little while ago, right before I headed home for the day, this girl asked me, ‘Is it true that all the carts are going to get stereos?’ I thought that was pretty funny – we’re definitely not getting stereos.”