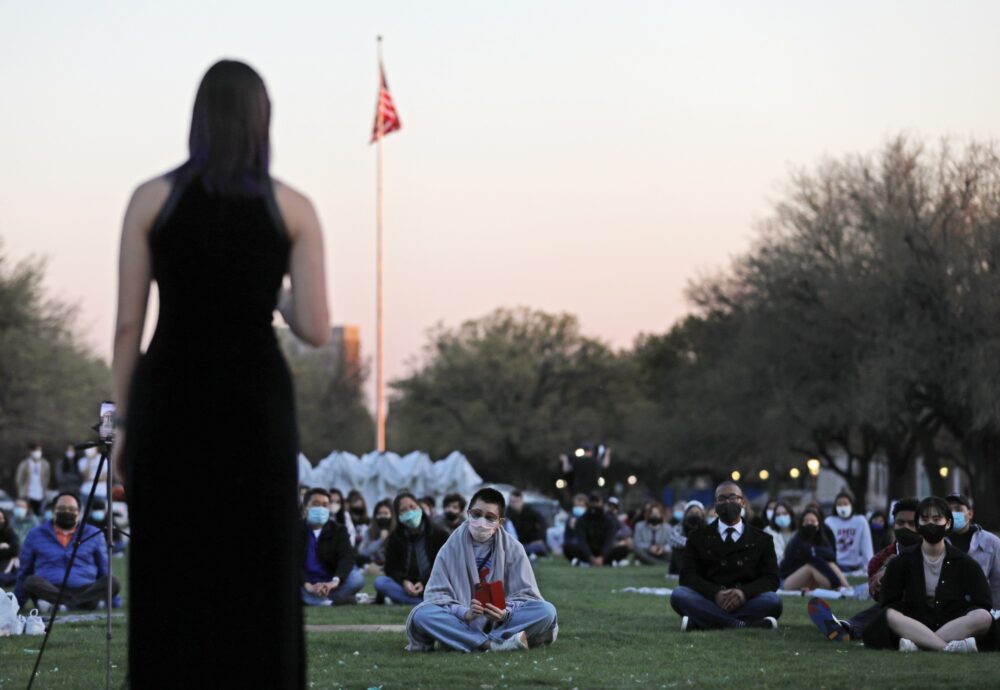 Over recent years, Asian discrimination has become more vigilant. SMU Dedman held a webinar for the AAPI (Asian Americans and Pacific Islanders) community with panelists who described their stories and what they’ve faced.

The shooting of eight people at Gold Spa in Atlanta, Georgia left eight dead, six of whom were Asian women. Robert Aaron Long, 21, was taken into custody as a suspect of the crime. Although it was not clear whether his actions were based on race, “Stop AAPI Hate” formed as a way to represent the victims of AAPI attacks and discrimination.

“There exist a longstanding pattern that goes back to at least the first influx of Asian immigration to this country,” said Dr. LaiYee Leong, a Senior Fellow at SMU’s John G. Tower Center for Political Studies. As an advocate for the AAPI community, Dr. Leong was invited to be a panelist in the SMU Dedman’s AAPI attacks and discrimination webinar.

Judy Wang was also one of the panelists at SMU Dedman’s AAPI attacks and discrimination webinar.

“I have seen many incidences and I’ve heard as well that Asian American women are meek,” Wang said. “Meaning we don’t speak… we are quiet, we don’t express our opinions, and I think that it’s perception; We don’t get the chance to speak.”

Over the webinar, Dr. LaiYee Leong pointed out the racism in calling the coronavirus, “The Chinese Virus”, “The Wuhan Virus”, and “Kung Flu.” She emphasized that these expressions target AAPIs.

Seeking to stop Asian hate, Judy Wang emphasizes that “we shall have compassion with people that are in our community [in which] they’ve seen this type of situation; They should address it.”

Erika Fadel is the assistant dean of diversity, equity, and inclusion at SMU.

“We all have a lot of work to do to eradicate racism,” Fadel said. “It’s important to be informed, so that you can do the work necessary to realize a society where everyone can be their one-authentic full self, and not have to be concerned about being discriminated against or being attacked for who they are.”

“There has been a rise in upsurge in activism, and that’s really, really important,” said Dr. Leong. “I think there’s also a need for recognition within our own community. We also need to look within and take notes of disparities within our community.”

Closing out on the panel, Dr. Leong sends out a message for those looking to become an activist in stopping racism and xenophobia in today’s society. “Being able to shape the conversation nationally would help dent that model-minority myth,” Leong said.