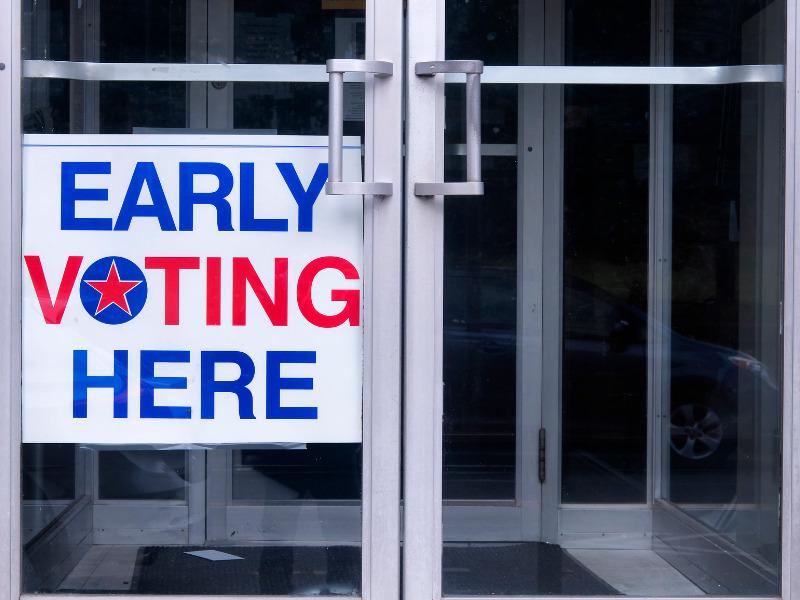 Student voters at SMU are split mostly on issues of abortion and gun control as they head to the polls for early voting beginning Monday for the 2022 midterm elections.

Among the races to watch is the highly contested gubernatorial standoff between Republican incumbent Gov. Greg Abbott and his Democrat opponent Beto O’Rourke. The election will also feature candidates for attorney general and lieutenant governor, each drawing stark contrasts on issues along party lines.

“There is a lot of divisiveness (especially) between the two candidates [Abbott and Beto], so I am eager to see who wins,” said Stephanie McEwan, a Texas resident and student at SMU. “I’m excited to exercise my right to vote in this election.”

The national conversation around abortion is driving many voters to the polls, as each party tries to depict the other side as extreme, said Mark Hand, a political science professor at SMU.

“Abbott wanted to paint Beto O’Rourke as pro-choice under any and all circumstances even on savory ones, and then the Beto campaign wanted to highlight that,” he said.

The Republican’s abortion law, which doesn’t carry exceptions for rape, incest, or the age of the mother, will impact the election because people feel like their rights are being violated, said Simon Salinas, a member of the SMU Democrats Club, which organized on campus this year.

“I believe that people will show up because an everyday right was taken from them,” he said. “When issues start to impact personal lives, they pay attention.”

The Uvalde school shooting, which resulted in the deaths of 19 students and two teachers, is front and center in changing the way people vote on gun control, Hand said. While some think expanding gun rights would provide better protection against mass shootings, others believe the answers lie in stricter background checks and raising the minimum age for purchasing guns from 18 to 21 years old.

“Many students are scared to go to school, and their parents are understanding their fear,” Salinas said. “This will be another major influencer for the election.”

Most of all, the election is causing feelings of anxiety, said Maddie Crisp, a member of the SMU Republican Club.

“I feel like this election for Texas governor is quite divisive because the issues at hand are such prevalent discussions in the media in today’s climate,” she said. “As a student who is a Texas resident, this election may affect me more than another student.”

SMU voters will be able to vote on campus on Election Day, Nov. 8, at the Hughes-Trigg Center.

The SMU Democrats Club and the SMU Republicans Club will be hosting live watch parties on the night of the election.

Students who have an address from outside the Dallas-Fort Worth Metroplex will have the opportunity to apply for a Mail-In Absentee Ballot. Information about absentee voting deadlines and resources for requesting mail-in ballots can be found at the SMU Votes Project.

Abbie Biegert and Clementine Marcogliese contributed to this report.