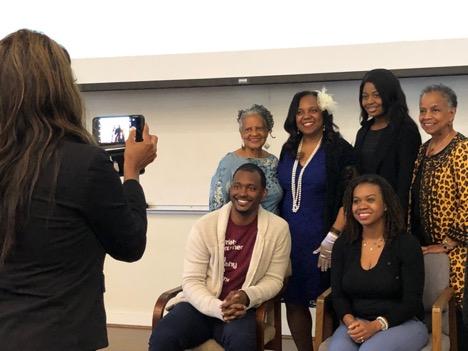 When thinking of the Harlem Renaissance, who comes to mind?

Dr. Brandon Manning says frequently the dominating responses to this question are male. Saturday, April 6, black professionals of various areas united with a mission to change that.

“When we think about black women casting a look that is all of a dare,” Dr. McCormick began. “We think about it both as a warning as well as an invitation… I dare you, and I dare to”. 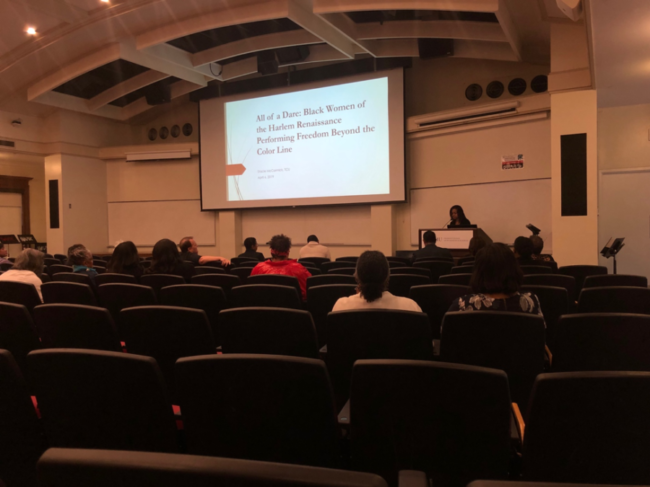 The gloomy, rainy day didn’t stop 40 people from stepping into the Harlem Renaissance era with not only words from two renowned scholars, but performances as well. Soul-filled notes vibrated through Dallas Hall as singer Amanda Kosi and flutist Ebonee Thomas performed songs to contribute to the 1920s.

Two students from SMU Meadows School of the Arts performed as well, dancing to Mahalia Jackson’s “The Upper Room” and causing McCord Auditorium to erupt with applause.

“Honestly it was a little difficult preparing for the event because I was in such a busy part of the year for dance, but I knew how important dancing for the event would be,” Meadows senior Takia Hopson said. “We wanted to make sure that we could embody what it meant to be strong black women during the Harlem Renaissance.”

Both speakers shared the stories of black women who impacted the Harlem Renaissance just as much, if not more than the recognized men of their time. Then they transferred the audience back to the present as they highlighted the impact of women of color almost a century later.

“What I love so much about Ida B. Wells and the work that she’s able to do during the turn of the century and through the Harlem Renaissance is that she’s able to unapologetically mandate that black folks matter,” Dr. Manning proclaimed. “That black women matter, that black voting matters, that economic freedom matters.”

The program ended with curiosity spread across the room as audience members asked the speakers panel more about Ida B. Wells, hip hop music, Generation X, and more.

The crowd left Dallas Hall on the gloomy Saturday with smiles on their faces and knowledge in their mind. Seeing the world from the point of view of powerful black women in the 1920s allowed them to see their world from a new lens.

“I loved the fact that they talked about Ida B. Wells and Zora Neale Hurston, I’m familiar, but I haven’t looked at those books in like 20 or 30 years!” Public Relations/Marketer Tiffaney Dale Hunter said. “So just going back and revisiting it and looking at it with a fresh set of eyes, with a fresh perspective… I can now look at it and see how I can apply those things to my life right now.”

The knowledge didn’t stop there; people from the event also shared what they felt African American college students need to do today.

“Learn their history, so that they can understand how far we have come as a people, as women, as African Americans overall,” Dale Hunter challenged. “When you know that, you are able to really be complete and whole in the space that you’re in right now.”