As graduation approaches, senior Pete LaNasa is getting ready to move to Houston to work for Simmons and Company, an international investment banking company. There, LaNasa will be making more than the average professor at SMU.

LaNasa is one of fifty people from the class of 2017 in the Alternative Assets program administered by the Cox School of Business. The median starting salary for graduates of this selective program is $85,000, with 86 percent of the group receiving more than that amount. Some participants of Alts, as the program is known, attend graduate school, which skews the average salary downward.

Alternative Assets members also typically receive a signing bonus, which averages around $15,000, with 38 percent of the group receiving higher amounts. Program alumni interviewed for this story all made very high salaries upon graduation; one alum said he made close to $300,000 with bonuses his first year out of school.

“Very few jobs that a 22-year-old can have make that much, and I am very proud of that,” said Robert Mills, a 2012 graduate of the Alternative Assets program. “A company can make a lot of money with a small number of really talented people, and they can afford to pay a lot to do that.” 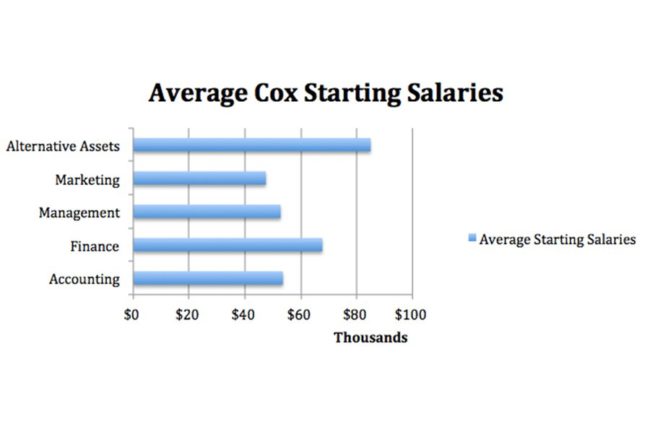 Only a small group of talented junior honors finance majors have the opportunity to go through the rigorous application process to join Alternative Assets in the fall. The EnCap Investments & LCM Group Alternative Asset Management Center at SMU, which runs the group, will choose approximately 60 students to be interviewed based off of a strong GPA and letters of recommendations. Approximately 50 students will make it through the interview rounds and be accepted to the program every year. 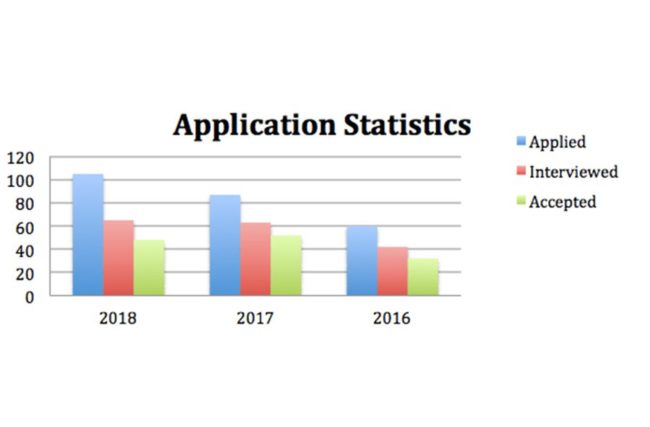 “The fact that the admission process is kind of a painful process, it means the people that get into the program are very passionate about it and are all very likeminded,” said Mills.

For instance, 105 people from the class of 2018 applied for Alternative Assets and only 65 were selected for an interview. Only 48 were granted admission to the group. The median GPA of the students that applied was a 3.80 and the median GPA of those accepted was a 3.86.

Alts students and graduates say the skills provided allow them to be competitive in the finance world and receive top-tier jobs. They feel because they get specific computer-programing classes and complete Harvard Business School case studies, they get the technical training that puts them ahead of other graduates, even those from Ivy League universities.

The program also provides an excellent alumni base all over the country. Since the beginning in 2009, approximately 280 people have gone through Alternative Assets. There are approximately 61 people working in top-tier firms in Dallas, 82 in Houston, 29 in New York City, and three in San Francisco. Many of these individuals come back to speak to the group to give them exposure to different fields of finance, as well as lend support during the job recruitment process.

“In my job we work in a ton of different industries across the gamete so having those connections was very helpful,” said Nawrocki. “I’m also more willing to hire an Alts member in return. I know the quality of students that are getting brought up and they will do well in the interview and a great job.”

Alternative Assets also provides its members with mock interviews and training for answering more difficult questions that will be brought up during the interview. For the class of 2018, approximately 400 mock interviews were offered to prepare students for the technical part of their internship interviews.

Douglas is one of only 14 women in Alternative Assets in the class of 2018. The 70 to 30 men to woman ratio is standard with the program, as well as the finance field itself. According to a study done by Harvard Business School, women only account for 17 to 23 percent of the total employees in the finance industry.

“Being a finance major it was very normal to be one of four girls in a class of 40 per se,” said Alexandra Baum, class of 2015. “It becomes difficult when you get into the real world and look around and notice there aren’t as many women examples in higher up positions.”

Alternative Assets continues to work hard to encourage women to apply to the program and study finance in general. Dr. Maxwell, the director of the program, believes there is a false narrative surrounding the idea of women in the finance industry and works hard to combat that and show women the different opportunities they have.

“I think being one of very few women was an advantage because by force you stick out versus being the majority,” said April Liz Lake, class of 2012. “You will always have your voice heard.”

According to Catalyst, women currently hold 29 (5.8 percent) of CEO positions at S&P 500 companies. Due to the low number of women entering the field, several female members of the program believe they received more opportunities than the men in the program, just because they were women.

“I think it helps being a girl. People underestimate what comes out of a smart, nice girl,” said Baum. “There are a ton of men in the industry so if you are a man you are one in a pack. If you are a girl I think they will seek you out more because it has become a focus globally to have more women in the finance industry. When we look at resumes we look at both, but it is helpful in my experience to be a girl.”

With the industry being predominantly male, many people may be concerned about women receiving equal treatment.

“There is absolutely zero difference between what I make versus the man next to me, it is purely based off of merit and the effort you put forward,” said Lake. “That is a wonderful work environment to be in because regardless of race, religion or gender, it is purely merit-based. That makes it easy coming to work because you know regardless of who is next to you what matters is the work you put forth.”

Unlike Lake, most women in the finance industry do not receive the same salaries as their male peer. According to a study done by 24/7 Wall St. based off of the U.S. Bureau of Labor Statistics’ release of earnings, three of the five occupations with the largest gender wage gap are all in finance. Female personal financial advisors make on average 61.3% less than men in the same occupation. 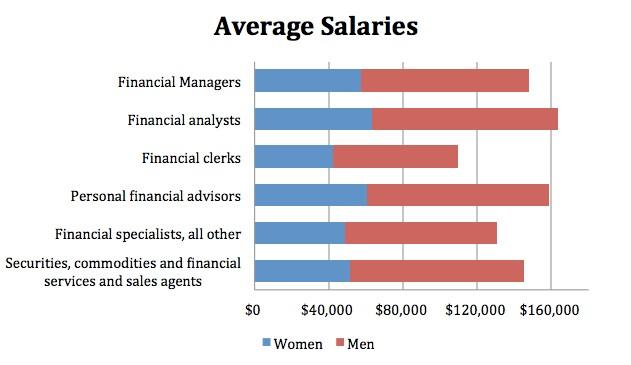 “I work in a very tight knit group so I don’t feel any issues because I’m not a guy, but I know it does depends on where you do work. In some other groups, you won’t have more of an issue exactly, but it is definitely based off the culture. My group’s culture is very balanced and we have the utmost respect for everyone, but I think it does depend.”