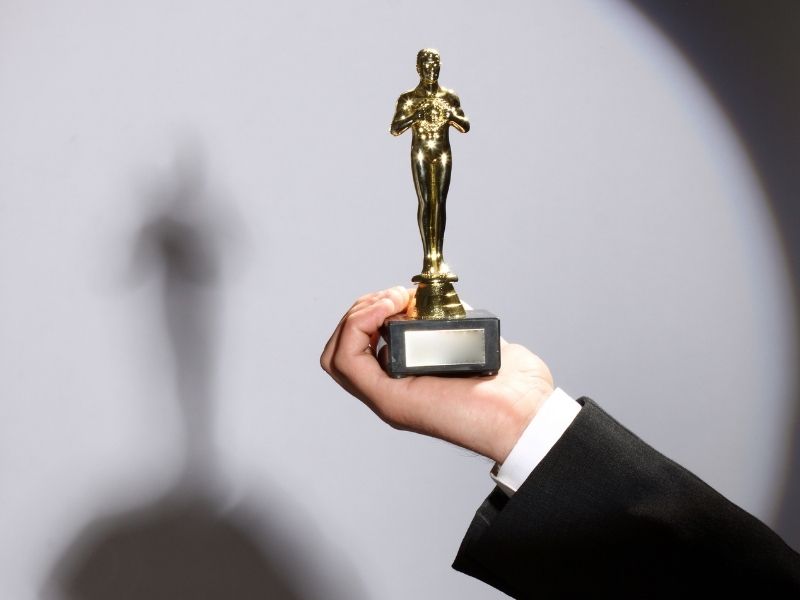 I don’t know about you, but I did not have “fistfight at the Oscars” on my 2022 bingo card.

The Oscars audience sat in stunned silence after actor Will Smith had an altercation with comedian Chris Rock.

Rock had been on stage presenting the award for best documentary feature when he made a joke about Jada Pinkett Smith’s hair loss. Will Smith quickly ran up on stage and slapped Rock in the face in defense of his wife.

Smith sat back down and proceeded to yell “Keep my wife’s name out of your f-in mouth,” at Rock.

Although there was a bit of awkward tension in the air the show continued on and later Smith took to the stage again. This time he was accepting the award for best actor for his role in King Richard. In his acceptance speech, Smith addressed what had happened earlier in the show.

“Richard Williams was a fierce defender of his family,” said Smith during his speech. He also apologized to the academy for his actions.

This was Smith’s first-ever Oscar win and he made it quite memorable.

Jessica Chastain also grabbed her first-ever Oscar win when she won the award for best actress.

Earlier on in the show, Ariana Debose won the award for best supporting actress. Debose is now the first openly queer woman of color to win an Oscar.

The 94th Academy Awards became a stunning show that will be tough to beat next year, but who knows – maybe Adam Sandler will decide to have an impromptu boxing match with Ryan Reynolds.