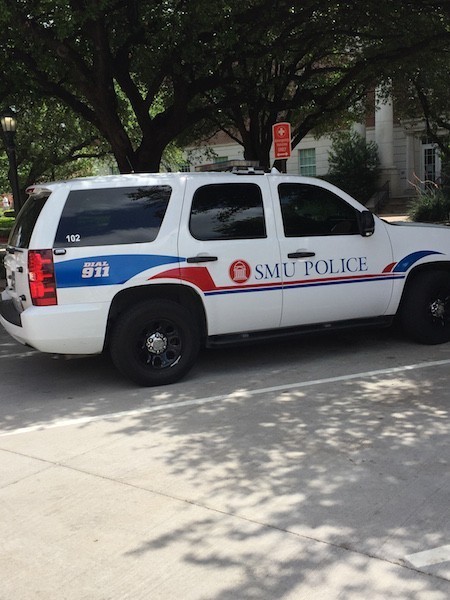 The department is proud of the program’s successful start and hopes the arrests deter thieves from targeting SMU in the future, SMU Police Captain Enrique Jemmott said. All seven of the criminals arrested for stealing the bait bikes were non-students who came to campus with the intention of stealing and pawning bikes.

“We want the word to get out in the Dallas area,” Jemmott said. “That way thieves will know the SMU campus has bait bikes, so we better not go there.”

A bait bike is a bike with a hidden tracking device on it used by law enforcement to track thieves. Police plant the locked bikes throughout campus, and if one of the bikes move, an alert is sent to officers with its GPS location. Police then track the bike, which leads them to the criminal.

Earlier this semester, sophomore Stratton Grady told The Daily Campus he now walks to class after being the victim of a bike theft last year. Grady said he was shocked to find his locked bike missing from outside Mac’s Place.

When the police arrived, he was also surprised to learn there was very little the officers could do to recover the bike since no security cameras covered the bike rack.

SMU Police decided to take a more proactive approach to solving the problem this school year.

“We are going to try and stop the theft as it’s happening,” Jemmott said. “And using tools like these bait bikes to deter it from happening.”

“The ones that we caught were during football games,” Jemmott said. “The thieves figured it was a good time, because people are busy with the game.”