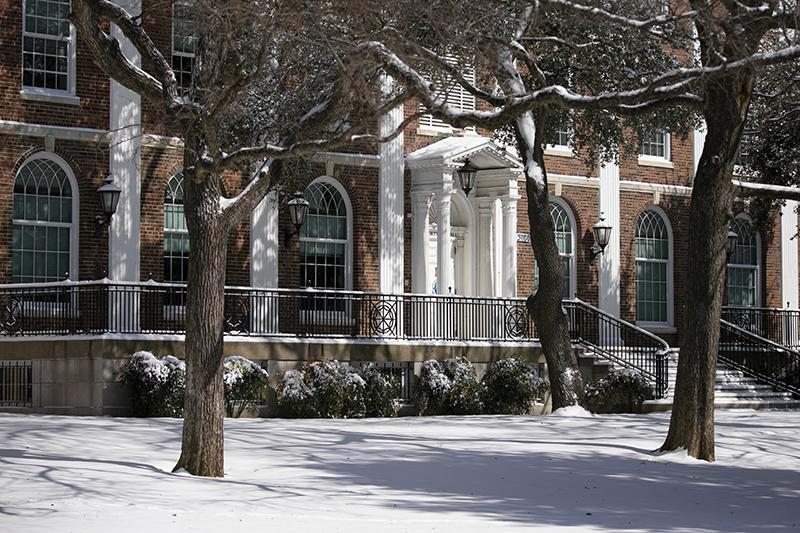 The boil water notice for University Park and SMU is no longer in effect as of Monday morning Feb. 22, according to University Park’s website and a campus-wide email from SMU.

“Before drinking or using tap water again, please make sure to flush lines for 3 to 5 minutes,” the SMU email emphasized. “For on-campus offices with kitchen areas or coffee suites, water filtration systems may need a new filter: Please work with your department to make sure it has been refreshed before using.”

Though the past week’s devastating, statewide winter storm has now passed, its damage to campus infrastructure still remains.

Freezing temperatures resulted in burst pipes, shutting down Umphrey-Lee dining hall Wednesday night and causing flooding in Virginia-Snider residential commons, according to several reports obtained by The Daily Campus. In total, 251 students living in on-campus residence halls had to relocate, according to a Friday email from President R. Gerald Turner. In other buildings, like the Meadows Museum and Owen Fine Arts Centers, fire suppression systems are not expected to be restored until Wednesday, Feb. 24.

“The University is prioritizing repairs to our on-campus student housing to allow students to move back to their own rooms as quickly as possible,” President R. Gerald Turner wrote. “I know I can count on your continued patience as the thaw likely reveals more infrastructure problems that were previously hidden by the cold and snow.”