A handful of racist fliers were found in Armstrong Commons and distributed across SMU’s campus the morning of Nov. 15.

NBC 5 also reported the fliers were found in the Dedman Life Sciences building on campus. 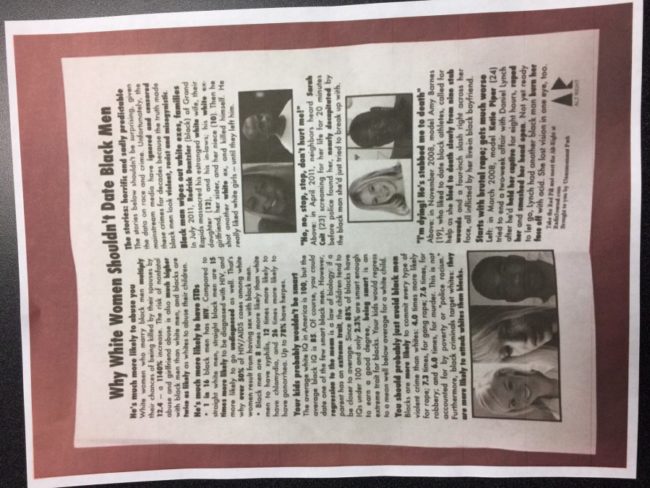 Some of the reasons include “[They’re] more likely to abuse you,” “have STDs,” and that “your kids probably wouldn’t be smart.”

At this time, there is no clear motive who distributed the fliers or why.

A similar incident occurred at the University of Michigan on September 2016, where copies of the same were found.

The Daily Campus will provide more information once it becomes available.