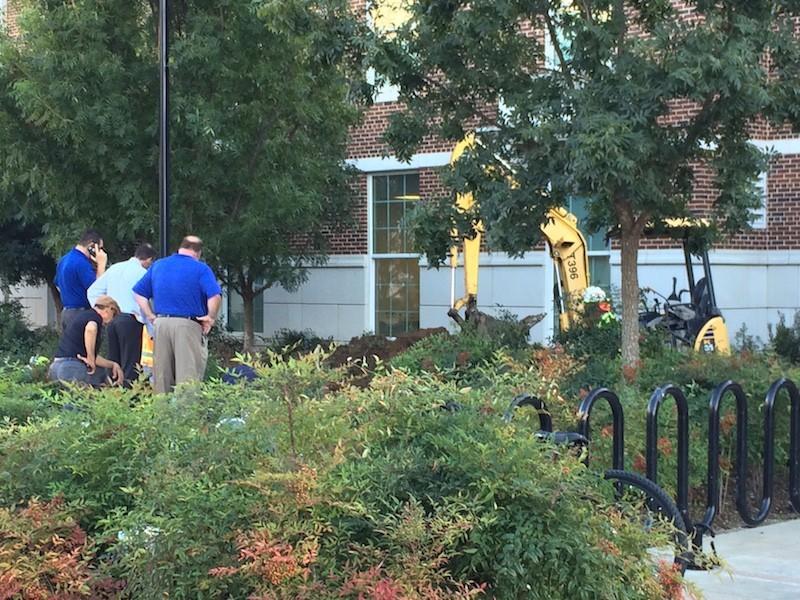 At around 11:30 p.m. on Nov. 1, the pipe leak was fixed, and toilet use was restored to the Southeast Area. SMU contractors were on the scene throughout the afternoon and night to dig to the problematic pipe.

Commons in the Southeast Area, including Armstrong, Crum, Kathy Crow, Ware and Loyd, have faced a gray water outage since around 3 p.m. on Monday. Facilities Services reported at around 6 p.m. on Thursday that the outage will be repaired by 6:30 p.m. to 7 p.m. Thursday evening.

Toilets have not been able to flush for this time period; however, showers and sinks are still functioning.

SMU Facilities Services was alerted of this outage early yesterday afternoon and have been working on the scene to repair the issue. Early Thursday, the SMU contractor arrived on campus to start digging to access the leaking pipe.

The outage began after construction on Ford Stadium earlier Monday.

After Dedman Rec closed Monday night, no bathrooms were available in the area other than the nearby CVS or the South Area Commons. Dedman Rec Center will remain open tonight to offer bathrooms for affected students until repairs are finished.

Residents in the area are being directed to Arnolds Dining Center or Dedman Rec Center, which were both not affected by this outage.