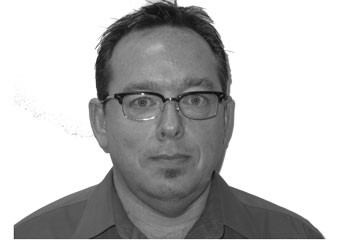 Following the publication of Tuesday’s article reporting the anti-gay epithet that appeared on my office door, a disgruntled and incredulous e-mailer challenged me to “back up my ridiculous assertion” that writing ‘FAGGOT’ on my door was “a perfect example of the tactics that Bush and his supporters have always used against their critics.”

Before I back up my completely reasonable assertion, allow me to modify – but only slightly – my comment. I should have said, “Bush and some of his supporters.” Admittedly, it is unfair to lump all Bush supporters together in the same barrel of fish. Not all Bush supporters are homophobes and vandals. Only some are. The fish, as they say, does rot from the head down.

So is Bush a homophobe? I guess that depends on how you define homophobe. Most people who oppose homosexuality on religious grounds would argue that their moral objection based on biblical teaching does not qualify as homophobia. I disagree.

The Bible, I would remind them, has been used by Christians to justify every conceivable injustice – and prejudice – from the Crusades to the Inquisition to the Salem Witch Trials, from slavery to segregation to anti-miscegenation laws to the immigrant-bashing that is taking place today. Bigotry, no matter how you justify it, is still bigotry. Remove the Bible from the equation and there’s no rational reason to disapprove of homosexuality.

Thomas Jefferson said, “[T]he greatest enemies of the doctrine of Jesus are those, calling themselves the expositors of them, who have perverted them to the structure of a system of fancy, absolutely incomprehensible, and without any foundation in his genuine words.”

Enter George Bush, Karl Rove, the religious Right and homophobia. What racism was to politicians and evangelicals 40 years ago, homophobia is to Bush today.

Bush, Rove, Cheney – who has a gay daughter, for Christ’s sake – et al. have exploited religious-based homophobia as a tactic for rallying their base to the polls, just as Southern politicians and clergy used Bible-based racism in the 1960’s.

For Bush, exploiting homophobia started when he met Karl Rove and when Rove convinced him to run for governor of Texas. Since then, homophobia has been a common weapon used by Rove during most of the campaigns with which he has been associated.

During Bush’s first gubernatorial race, Rove was accused of using push polls to label then Gov. Ann Richards as pro-gay, asking respondents if they would be “more or less likely to vote for Governor Richards if [they] knew her staff is dominated by lesbians.”

Innuendo and rumor, it seems, are common Rovian tactics to create anti-gay undercurrents in campaigns, not only in Texas but also in Alabama, where Rove was a consultant for numerous campaigns. During one such campaign, a Rove staffer alleged that Rove decided to respond to an opponent’s ad that featured the candidate holding hands with children by starting a whisper campaign that the candidate was a pedophile.

Rove, like the person who wrote “FAGGOT” on my door, has been careful not to leave fingerprints. His preferred method is to have surrogates do his dirty work. Back in Texas, a regional chairman of the Bush gubernatorial campaign publicly criticized Gov. Richards for “appointing avowed homosexual activists” to state jobs.

Political columnist Joshua Green, writing in a 2004 issue of The Atlantic, detailed Rove’s use of media manipulation, negative campaigning and the homosexual card to his candidates’ advantage. Homophobia, according to Green, was a prevalent theme in Rove’s and other Republican consultants’ arsenal of dirty tricks.

Green noted, “Several consultants pointed to the issue of gay marriage, which one described as a perfect Texas wedge issue because it would attract culturally conservative Democrats in the eastern part of the state-‘the rednecks,’ as he put it-who are normally the key to winning statewide office.”

“[T]he power of religion as a political motivator, from the question of gay marriage to organizing churches for Bush, feature[d] prominently in his playbook for the [2004] election,” Green added.

Again referencing the 2004 presidential campaign, Green observed, “Rather than soften Bush’s appeal to reach moderates, Rove, as he has done throughout his career, is attempting to control the debate by expertly spotlighting issues sure to inspire his core constituency: the drive for a constitutional amendment to ban gay marriage.”

Rove, it turns out, did not limit himself to using homosexuality to smear candidates. According to Green, Rove used similarly craven tactics to retaliate against a former consulting partner, John Weaver, who lured away one of Rove’s top employees. “Rove spread a rumor that Weaver had made a pass at a young man at a state Republican function,” Green’s sources reported.

The irony, of course, is that the Bush presidential campaign was rife with homosexuals – as is the current administration. Witness RNC chairman, former Bush campaign manager and Rove protege Ken Mehlman.

Mehlman’s homosexuality, which is an open secret inside the Washington beltway, however, is a non-issue because he bats for the Bush team – no pun intended. Not to mention he is willing to throw other gays and lesbians under the bus in furtherance of the Republican agenda. Still, one has to wonder if Rove’s obsession with homosexuality may be a symptom of a deeply conflicted person or, at the very least, offers some kind of Freudian insight into his inner-workings.

So, again, is George Bush a homophobe? Either he is, or he has allowed his surrogates, namely Karl Rove, to exploit homophobia as a means to a political end. Honestly, neither prospect paints a very flattering picture of him.

Post Script: I would like to thank all those who have expressed concern and offered words of support. Your gestures of solidarity are powerful reminders that we live in a world in which there is still hope.

George Henson is a Spanish lecturer. He may be reached at ghenson@smu.edu.