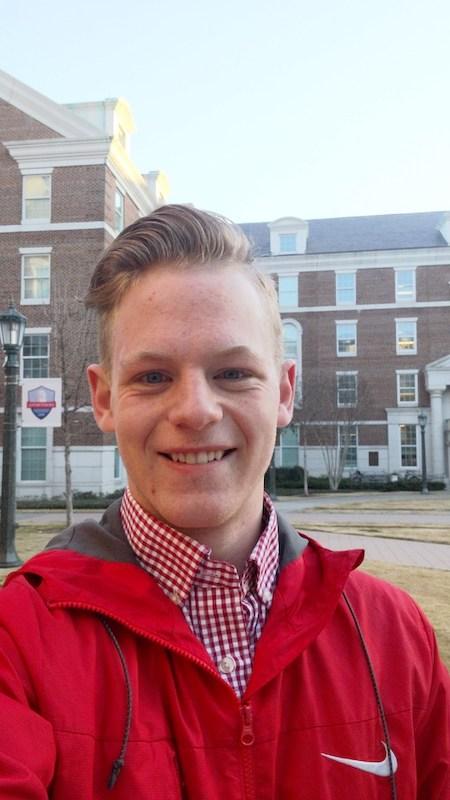 To some, Hudson Fetzer might come off as your standard SMU freshman male. The first-year student from Trumbull, Connecticut is a charismatic, bright young man who can find his way into just about any conversation. Without sitting down and talking with him, one would never know everything he has undergone and how he has overcome some of his greatest challenges up until this point. After talking to Hudson, there are several reasons to believe why there is more than meets the eye with SMU first-year student Hudson Fetzer.

Upon starting his preparation for the ACT, Hudson Fetzer was told something that he very well thought could be in his future. It took just two one-hour long sessions with ACT tutors for them to suggest that he should get tested for learning disabilities, something that has been prevalent in his family for generations. After enduring two eight-hour-long testing periods, the results came back with just about every box checked. ADD, ADHD, reading/writing comprehension, etc. The list goes on and on.

“I wasn’t necessarily surprised, I always thought that I might have something going on as my parents and younger siblings struggle with them too. I was almost kind of relieved; it was almost like an answer,” Fetzer said.

The doctor who administered his test was even shocked that he was able to participate in high school, let alone college.

“I have two options here: have yourself a pity party or put the work in now so that I can get to a college that I want to actually be at. I knew where I wanted to be, so I just put in the work to get there,” Fetzer said.

Although his success in the classroom was soon to come, outside of it he had already made a valuable impact for things that truly matter.

“Work for me was always more important than something like video games for example. I was probably the only kid in seventh grade in my area who had a job as a farm hand making $5 an hour shoveling horse manure,” Fetzer said. “Even though it sucked, I learned to enjoy the process of putting in work and earning money from it, as well as the fact that I got to drive around dump trucks and tractors, which I always have loved. Couple that with me being surrounded by co-workers who the majority were high school-aged girls, at the end of the day it wasn’t all too bad.”

Growing up, Fetzer was always doing something. Whether it was raking leaves or working on tractors, the work ethic has always been there every step of the way.

Early in high school, Fetzer worked in an automotive shop for his dad. He became skilled enough to understand tires, alignments, and underbody details– more than things he was learning in the classroom.

Fast-forward another year and Hudson was out of the automotive shop and into non-profit work and an ice cream shop. From starting out just serving cones and scoops to customers, he eventually worked his way up the ladder to shop manager. Over the course of his time as an employee, he came to the conclusion that being his own boss was the end goal.

Over the course of his time as an employee, he came to the conclusion that being his own boss was the end goal.

That fall, he put up flyers all over his neighborhood and the surrounding area announcing his landscaping services would be available. He instantly became successful with this new venture. Everything from mulching to weeding to trimming the hedges–Fetzer had it down. Today, he has employees maintaining the business he created. More importantly, Fetzer understands the one thing that is essential if you truly want to make it in this world: integrity.

“Hudson has always been a role model for others in his peer group in his tremendous integrity and the true sense of what is right and definitely what is wrong. I have learned a great deal about ethics and commitment from observing the way that he leads his life,” Al DiGuido said. DiGuido is president of the nonprofit Al’s Angels and owner of Saugatuck Sweets.

In his short time on campus, Hudson has made his presence known as an active member of the Mustang Fitness Club.

“From the little I have worked with Hudson, he seems like he is very diligent and prompt with responsibilities,” Mustang Fitness Club vice president Emily Osman said.

“Hudson is a cheerful guy who is always on. He’s very assertive and vocal about what the wants, likes, and likes about those around him, and I love that about him,” Bolte said. “One of the first things he said to me that I vividly remember is that he is the type of guy that thinks being on time is late and being 10 minutes early is on time. He follows through with that mentality and I admire that about him.”

As someone who at first glance might appear to be your run-of-the mill SMU freshman guy, Hudson Fetzer is truly nothing but.

“The greatest achievements in life are the ones rooted from the greatest challenges,” Fetzer said.