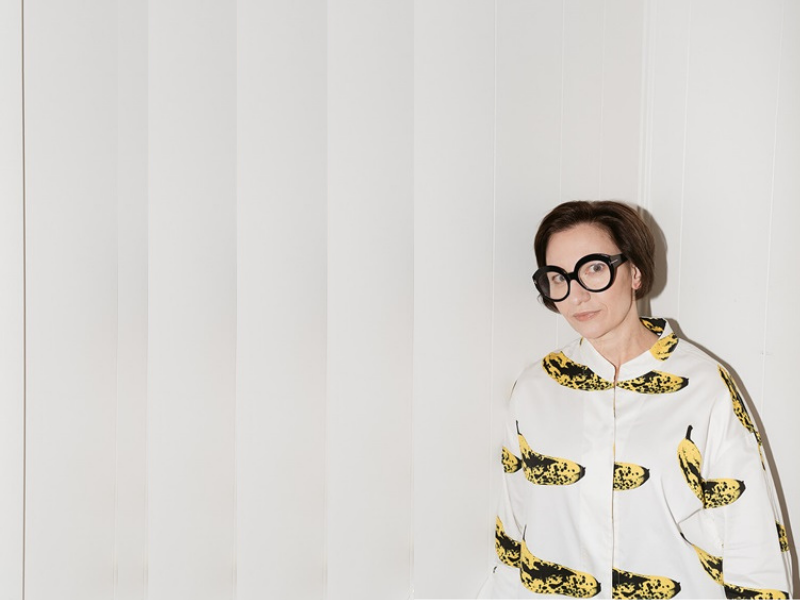 Jenny B. Davis was a busy Chicago-based freelance fashion writer when the 2008 recession hit. One by one, the magazines and newspapers that once sent her regular work pared back or ceased publication altogether. Luckily, Davis was able to fall back on “a million side hustles,” plus a main hustle as an assistant managing editor at the ABA Journal, where her beat included the intersection of law and popular culture.

It’s a strategy she continues today.

Now based in D-FW, Davis continues to juggle multiple side hustles: freelance writing, editorial fashion styling, fashion show dressing and a custom stationary design company. That’s in addition to her main hustle as an SMU Fashion Media professor, where she balances teaching with advising, serving as a faculty advisor to the SMU LOOK and the Latinx Fashion Leadership Council. She’s also a licensed lawyer, violin player, serves on two nonprofit boards, a member of the 501st Legion and the Rebel Legion — official Star Wars costuming clubs — and a mother of two.

“I just love being in motion,” said Davis – a fitting quote from the seemingly unstoppable force that is busy, busy Jenny B.

Though Davis now works as a highly regarded fashion media expert, she didn’t actually get her start in journalism or fashion.

After learning of her love for travel as a German exchange student in 8th grade, Davis majored in German at Arizona State University, where her father also worked as a professor. Davis then decided to attend law school at SMU, which she hoped would lead her to a career in international business.

Upon starting her career in law, however, Davis quickly realized it was not her passion and that she was just pursuing law in hopes of making money.

“I was practicing law and I hated it,” Davis said. “I was miserable and I was looking for another job, and then I saw this magazine that was hiring.”

That magazine was WHERE, the world’s largest franchise of travel magazines at the time, and the Dallas branch needed an editor that could work on deadlines. Davis had never written for a magazine, but as a lawyer, Davis was quite familiar with working on deadlines.

“I walked in like, ‘I might not know how to do this, but I can figure anything out and I always make a deadline.’ So [the publisher] was like, ‘You’re hired!’” said Davis.

Davis enjoyed writing about food and wine, but then her publisher launched a special occasions magazine and, in typical Davis fashion, she was on board. She learned how to do photoshoots and became a stylist. After getting married, moving to Chicago and starting a family, Davis became aware of a position in the fashion department at WHERE Chicago. 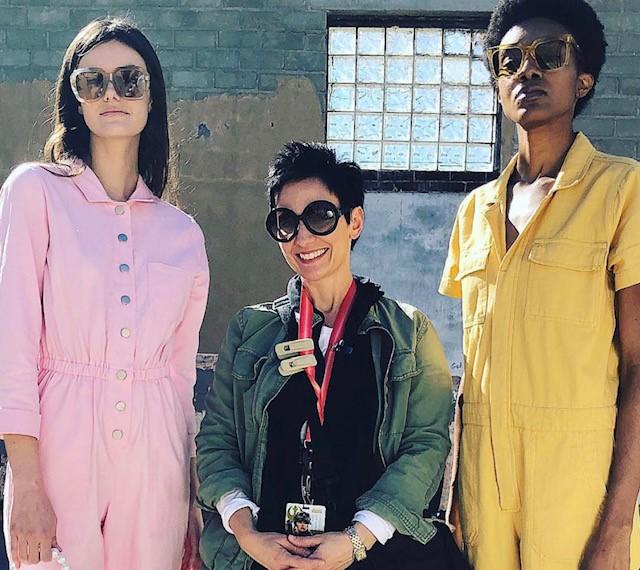 Davis had no plans to go into the fashion media industry, but she explained that she “always loved fashion, always followed it and have always been really involved in fashion and music, just as a fan.” With her typical can-do attitude, Davis made the leap to fashion journalism.

In 2017, a best friend of Davis’s, who was a professor at Baylor University and wrote textbooks for Bloomsbury Publishing, knew the perfect person to call when disaster struck. The author of a styling textbook that needed revision disappeared just three weeks before the deadline.

“They were like, ‘Yeah, we’ll give you X amount of money if you’ll do this textbook, and it was over my kids spring break so I was like, ‘Yeah, sure, how hard could it be?” said Davis, laughing about her naivete at the time. “It was a beat down, but I did it! And then I had a textbook.”

Stylewise: A Practical Guide to Fashion Styling, second edition (Bloomsbury 2018) was published in 2018, and Davis is now working on revising a second textbook for Bloomsbury, Writing for the Fashion Business.

After completing her first textbook, Davis decided to give teaching a go. After guest speaking in multiple classes at SMU, she was hired to teach her own class, and now has a three-year contract as a Professor of Practice. She has been an SMU LOOK advisor for nearly two years, and last year launched the Latinx Fashion Leadership Council.

“I am really proud of the LxFLC and what we’ve accomplished already,” Davis said. “Our guest speakers have included Drake’s former stylist and a three-time Emmy-winning talk show host, and we’re on track to be an officially recognized campus organization by the fall.”

Davis has quickly become favored by many journalism and fashion media students at SMU.

“Jenny Davis is easily one of my favorite professors I’ve had at SMU,” said SMU sophomore Morgan Gruwell. “She is just a little firecracker, and I really have already learned so much about writing and fashion from her. She definitely pushes her students, but in the best way that really gets the best work out of them.”

And Gruwell is not alone in her love for Davis. Countless other SMU journalism and fashion media students have raved about Davis.

“Professor Davis shares her passion for the fashion industry with students by encouraging everyone to produce their best work and always provides detailed and helpful feedback on all assignments,” said SMU junior Ana Paula Tirado.

Both students agreed that Davis is a perfect example of why students should get to know their teachers better. They also both agreed that they have no idea how she has enough days in the week to complete all that she does.

“I think we should all strive to be more like Professor Davis,” said Tirado. “I don’t know how she has the time to do all that she does, but she is like Superwoman.”