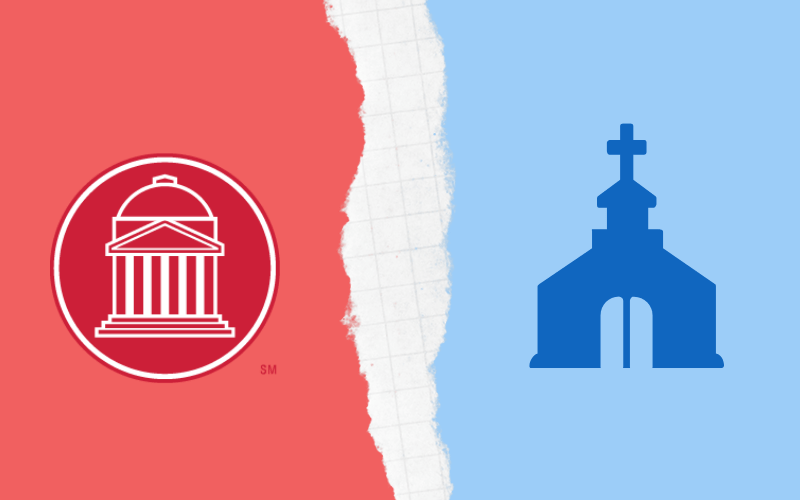 In the wake of The United Methodist Church (UMC) potentially splitting over LGBTQ+ ordination and same-sex marriage, The South Central Jurisdictional Conference suing SMU, and President Turner’s official statement regarding the university’s commitment to inclusivity for all members of the SMU community, the university is now in a holding period.

The wait will be over after this year’s General Conference in May, where several proposals will be reviewed and voted on by delegates who are responsible for setting policy and direction for the church. Among them are the Protocol of Reconciliation and Grace Through Separation, which proposes compromises for the separation of the church, and Next Generation UMC, or UMCNext. The plan, if accepted, would abolish the church’s restrictions on LGBTQ+ clergy and same-sex marriages. It would also allow local churches that “hold divergent views” to form new expressions of Methodism.

This is a turbulent time for the church, especially since SMU has attempted to redefine their relationship with the entity. However, the question remains: what kind of relationship does the university have with the UMC?

“The United Methodist Church has some approval authority over certain decisions, for example, the number of trustees on the board who are to be United Methodist members, property related issues, and any big decisions that have large scale implications, etc.,” said SMU minister, chaplain, and ordained clergy member, Dr. Stephen Rankin.

In addition, the establishment of the George W. Bush Bush Center and Library in 2008 also required the church’s approval.

However, with a strain in the power dynamic between both entities, ultimately resulting in the Methodist conference suing the university, Members of the SMU community who are also a part of the church feel the tension from on a more personal level.

Dr. Maria Dixon Hall, an ordained deacon in the UMC, an SMU professor, and wife of an alumnus, definitely feels the weight of the conflict.

Members of SMU who identify as a part of the LGBTQ community prompt a different conversation regarding the steps the university takes to maintain an inclusive and welcoming environment on campus. Dr. K.C. Mmeje, SMU Vice President of Student Affairs, says that a five-year strategic plan, known as Cultivating Courageous Change, was created in the summer of 2017 to help various identities be recognized and included in campus discourse.

“Goal 2 states: ‘Cultivate an understanding of and respect for diverse perspectives,'” Dr. Mmeje said. “The Office of Social Change and Intercultural Engagement as well as the Women and LGBT Center develop programs and services which support and advocate for underrepresented students.”

There is still hope for a more cohesive partnership between both institutions despite the current growing pains.

Editor’s Note: Edits have been made to an earlier version of this article on Feb. 28, 2020, for clarification on information regarding the role of the Judicial Council, and local churches and expressions of Methodism.