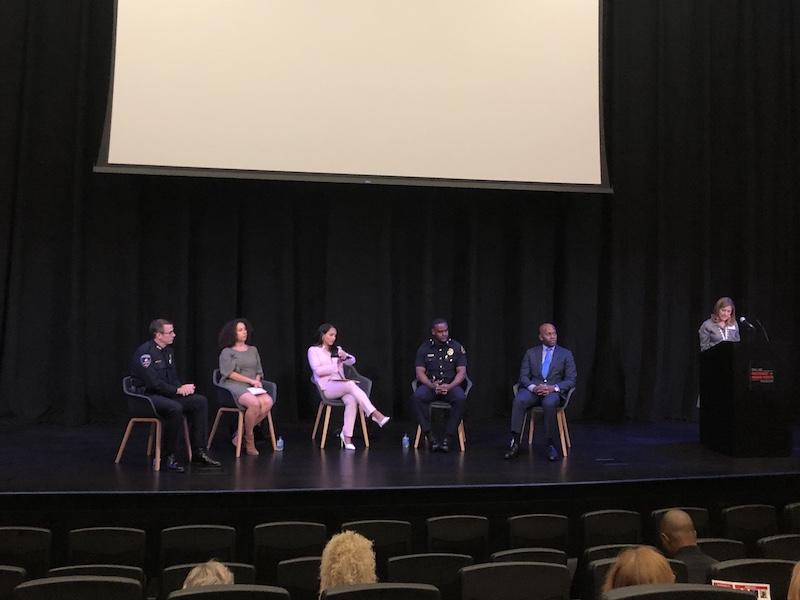 Dallas community leaders said Thursday the law enforcement system needs to change to better the relationship between police and communities of color evening at the Dallas Holocaust and Human Rights Museum (DHHRM).

“The recent events uncovered a system that was not working for Dallas anymore. It’s not a turning point for society – it’s a wake-up call,” Co-founder of Mothers Against Police Brutality Sara Mokuria said.

Moore said police were not aware of many details that were uncovered in the Amber Guyger trial, such as Guyger’s relationship with her partner.

“It was heartbreaking, disheartening. I was shocked she only got 10 years,” Moore said. “I was disappointed because, as an officer, we all get painted with the same stuff.”

The conversation about the recent trial continued as moderator Cassandra Jaramillo, reporter from The Dallas Morning News, asked Arlington Police Chief Will D. Johnson about the struggles in handling the reaction from the community.

“The greatest challenge is the ability to address all the information challenges that exist out there,” Johnson said. “You might be meeting one group’s needs and not even coming close to another group’s needs.”

He said many people did not understand the systems in place at police departments.

“One of the things that I have learned now that I am police chief is that the power as police chief is limited – even if they’re making the decisions that the communities want – we can be overturned,” Johnson said.

The former chair of the Dallas Citizens Police Review Board Dr. Brian Williams said that the past systems in the board lacked communication. Williams described how, when he was chair of the review board, he was unaware of the news until they hit the media.

“I did not find out what had happened until the public did,” Williams said.

The last meeting held by the board was Tuesday with a new system in place. According to WFAA, there was a violent outbreak in the midst of the oversight board meeting.

The Civil Discourse Lecture series was created in order to have a peaceful conversation about controversial issues. President and CEO of the Dallas Holocaust and Human Rights Museum Mary Pat Higgins organized this lecture to promote community conversation.

“This has been an issue that society has been grappling with for years. Our goal for civil discourse is to cover difficult subjects and to try to hear different opinions and its difficult,” Higgins said. “Some people left tonight because they had a hard time hearing a different opinion.”