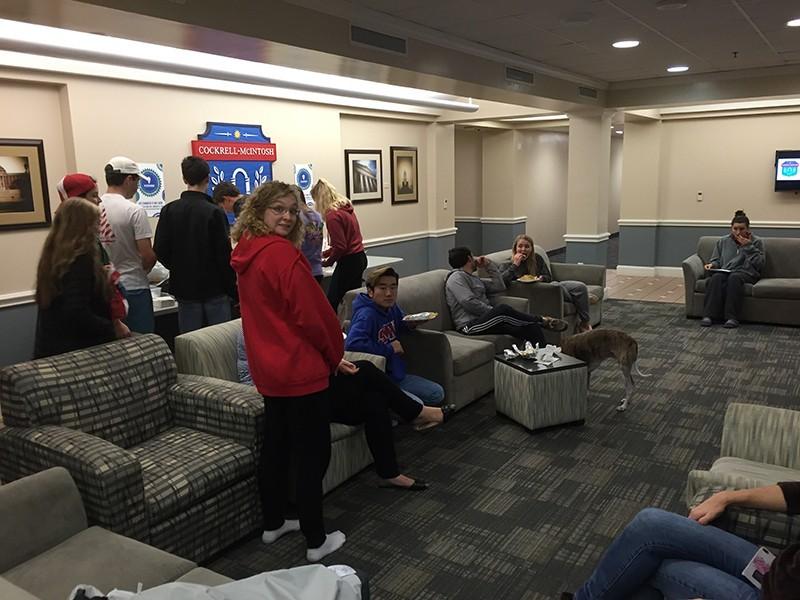 As more votes came in, SMU Cockrell-McIntosh Commons hosted a taco night in light of Election Night, which started at 7:30 p.m. and lasted around an hour.

“Most of the residential commons have values of leadership, civic duty and growth, so it’s important that we can come together and have a respectful conversation,” said Residential Community Director Sarah Ballman.

Ballman said that majority of the students that attended did vote and were willing to tell her their political choice.

First year and Cockrell-McIntosh resident Roxy Farokhnia said that her friend group fosters these conversations through her Commons.

“My little friend group is pretty involved, and we sat in one of the lounges to watch all the debates,” said Farokhnia.

Throughout the night, students had discussions beyond the two main big party candidates and discussed other ballot candidates such as the The Texas Railroad Commission candidates.