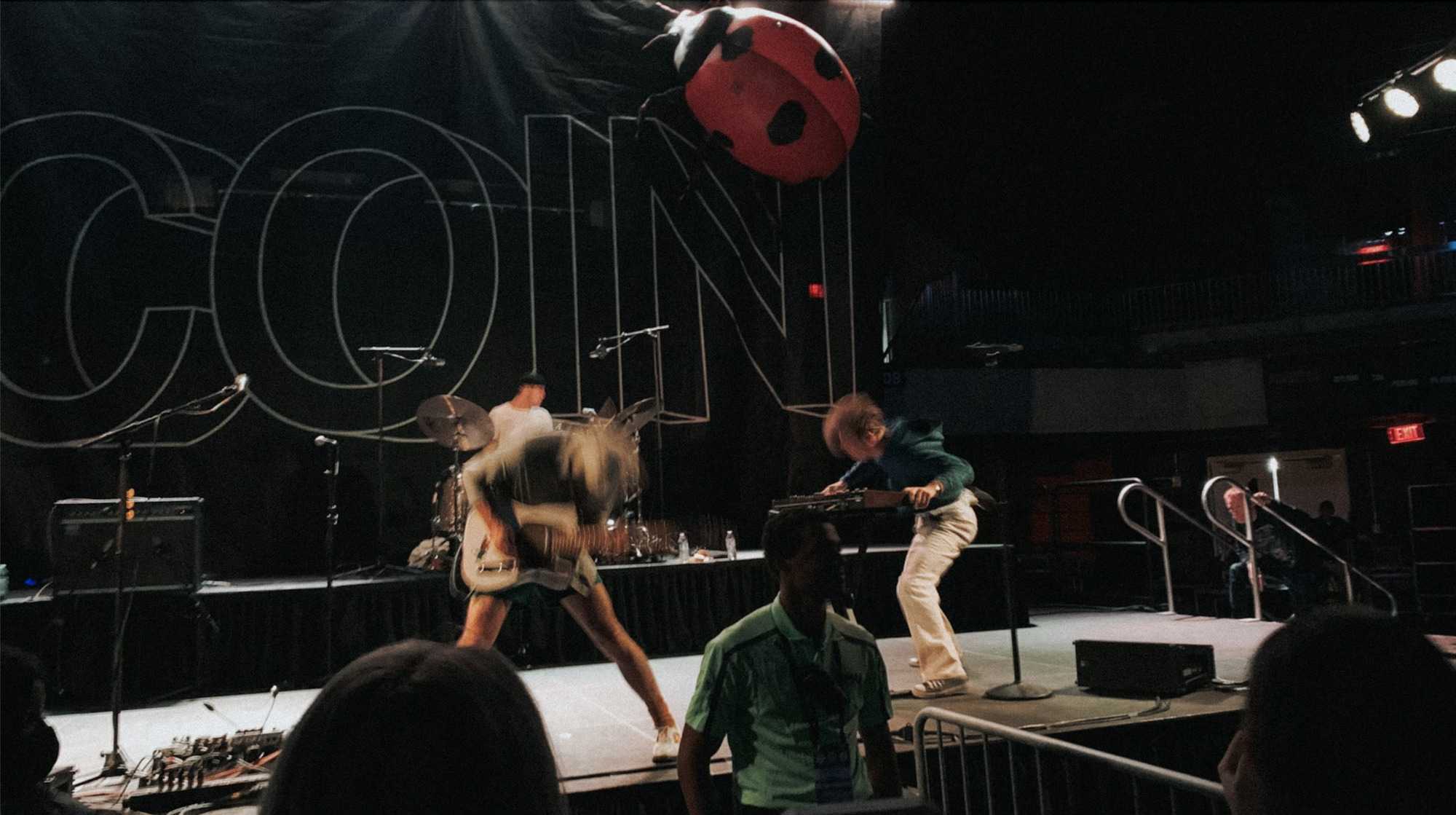 The band played an hour set in Moody Coliseum. The set consisted mostly of songs off of COIN’s most recent album, “Uncanny Valley.” Their set finished strong with the band’s two most popular songs: “Talk Too Much” and “Crash My Car.”

Though the concert was free to students, only about a third of Moody was filled. Until the lead singer of the band prompted the audience, there was little dancing or excitement in the crowd.

The band also seemed disappointed at the turnout. They made comments on the size of the crowd and made jokes about the energy levels, or lack thereof.

COIN’s lead singer, Chase Lawrence, was arguably successful in getting energy levels up with his dynamic and almost-hyper performance. However, between songs, Lawrence was awkwardly talking about sports, eating bananas, and questioning audience invites to Barley, a nearby bar.

The concert, while awkward and slow at times, was still fun for the few who attended.