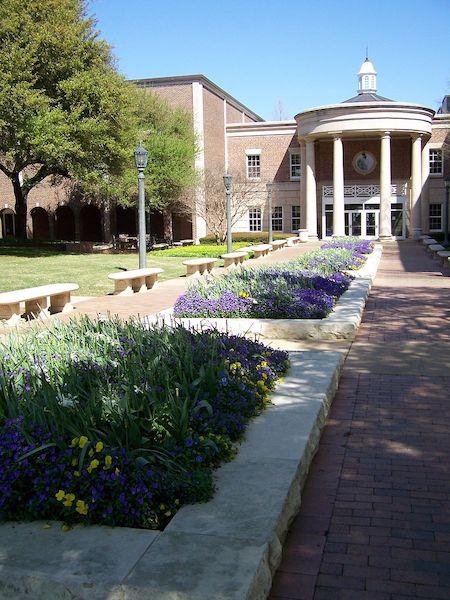 Smith is a junior from Richmond, Virginia, majoring in public policy with minors in political science and legal reasoning. He explained how growing up in a swing state with a balanced political environment got him interested politics.

“I lived in a bellwether county, so people would always survey the area during the 2008 and 2012 elections to try and predict which way the state of Virginia was going to go,” Smith said. “Because of this, I was lucky enough to have a lot of unique opportunities to get involved in politics.”

Some of these unique experiences included working with Virginia ex-governor Bob McDonnell and serving as the Virginia Teen Chair for two presidential campaigns. Smith is continuing his engagement in the political scene in college as the vice chair of the Texas Federation and co-president of the College Republicans club.

In addition to growing up with parents who lean conservative, Smith identifies himself with the Republican party because they “are about giving people the tools necessary to succeed and then letting you do it.” He also believes in supporting a large military defense budget.

One of his favorite memories from being in the College Republicans club was the Lincoln-Reagan dinner last year, a fundraising event for the Republican party. The students were able to work directly with the Secret Service and help Vice President Mike Pence.

Smith thanks the Dallas community for being so “receptive” and “generous” in giving them rare opportunities like this.

This summer, Smith has an internship in Washington D.C. with Quicken Loans. After college, he plans to continue engaging in the political scene.

“I admire Colin because he is great at talking to people and has a very professional presence,” said Evie Mathis, the vice president of College Republicans. “He is a really great co-president because he really listens to everyone’s opinions.”

He hopes that during his time as co-president, he can encourage more students to be involved in politics on and off campus.

“I want people to be engaged and talking about politics. People are intimidated nowadays because it can be tense and people get upset. I hope to create a setting that’s not so formal and serious, and just have a conversation,” Smith said.

Smith also talked about how social media has impacted the conversation.

“I think with social media, like Facebook and Twitter, people have a tendency to think that everyone is angry and upset all the time,” Smith said. “But when you reach out and talk to someone individually and in-person, it’s really not that way.”

Smith attributes part of the College Republicans’ ability to engage in healthy debate to the diversity in thought between members.

“People often define conservatives, especially in college, as very homogenous. But if you look at SMU College Republicans, you can tell that is not the case,” Smith said. “We don’t all agree on every issue, and that is something I really like. But at the end of the day, we all have the same set of core values.”