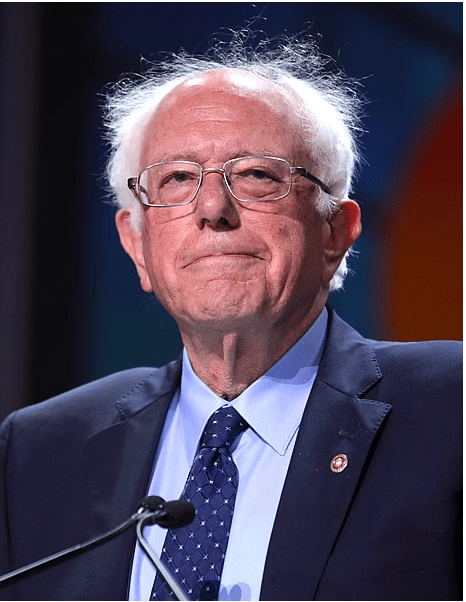 Bernie Sanders has found himself in hot water after defending comments he made in the ’80s about Fidel Castro.

Sanders appeared on CBS News’ “60 Minutes” to discuss his presidential campaign. “60 Minutes” host Anderson Cooper questioned Sanders about his remarks claiming that Cubans did not rise up against Fidel Castro due to their education and health care.

“When Fidel Castro came into office, you know what he did? He had a massive literacy program. Is that a bad thing? Even though Fidel Castro did it?” Sanders responded.

Many Americans were not happy with Sanders’s defense. Many took to Twitter to voice their anger toward the presidential candidate.

“Just looking at Fidel Castro’s image brought tears to my eyes. It made me remember the horrible persecution faced by my own family in Cuba. I simply can’t imagine a candidate for president embracing Castro. I’m a proud Cuban American. Shame on Bernie!” Twitter user RobertCooper58 said.

Just looking at Fidel Castro’s image brought tears to my eyes. It made me remember the horrible persecution faced by my own family in Cuba. I simply can’t imagine a candidate for president embracing Castro. I’m a proud Cuban American. ?? Shame on Bernie! ? https://t.co/bfEHEg2Bt4

Florida Rep. Debbie Mucarsel-Powell, a Cuban immigrant, called Sanders comments “absolutely unacceptable” in a pair of tweets published the morning of Feb. 24. Rep. Mucarsel-Powell went on to outline the abuses committed by the Castro regime:

“The Castro regime murdered and jailed dissidents, and caused unspeakable harm to too many South Florida families. To this day, it remains an authoritarian regime that oppresses its people, subverts the free press, and stifles a free society.”

Many have questioned how these comments will affect Sanders’s Campaign. Florida has been an important swing state in past elections, and Sanders’s controversial comments could sway Florida’s large population of Cuban-Americans in favor of another candidate.

SMU sophomore Madeline White will be voting in her first presidential election in 2020, and is part of Sanders’s target voter demographic.

“Well I think horrible people have the capacity to do good in their life but it doesn’t make them any less of a horrible person,” White said. “I don’t think Bernie Sanders was praising Fidel Castro for anything other than this literacy program, which, if taken out of context, is a great thing to be implemented. It is important to realize who put it into place.”

White said she doesn’t think these comments will affect voters.

“Trump was cited as telling people about how he grabbed pussy, announced that he could shoot someone, and he still wouldn’t lose voters,” White said. “But the two definitely have a very different ‘fan base’.”

Florida will hold their Democratic Primary on Tuesday March 17, 2020, when the impact of Sanders’s comments will be revealed .