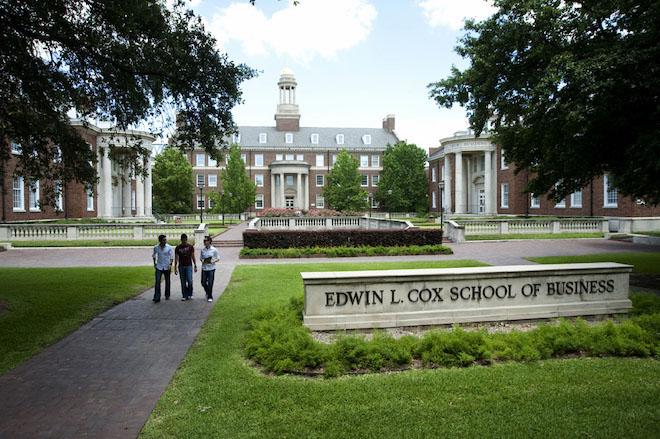 Due to the compromising nature of their stories, descriptors are used to protect the students’ privacy.

It was a typical Tuesday afternoon in the fall of 2020 and an SMU finance major had just finished her investment analysis and portfolio management class.

Then a junior, the student told the Daily Campus that she was rushing back to her apartment to join an online career fair in hopes of finding a summer internship that would advance her career goals in the finance industry. She was excited to immediately connect with a Dallas finance company, and scheduled an interview for the asset management intern position. The recruiter had also taken a liking to her and offered his phone number so that he could give her some tips to breeze through the hiring process.

A few days before the interview, she reached out to the recruiter seeking advice and received a text saying, “Are you good with a boy’s environment? Not too many females in the group so we want to make sure you can hold your own, but also not over compensate with aggressiveness because you’re a female. You seem to have the right balance.”

She was immediately shocked by the text, and sought advice from her mother and friends asking if it was acceptable. Everyone agreed it was blatantly sexist, but that it would be best to let it slide in the interest of her overall career goals.

Fast forward a few months to the Spring of 2021: She was offered the internship. She was not excited to enter an environment where sexism was tolerated, but felt like she had no other choice than to accept the offer.

“I definitely didn’t report anything in that instance because the job market is super competitive right now. Especially with COVID it is really hard to get internships,” the student said. “This is one that I got and fits along with what I want to do, so I wasn’t really willing to give that up even if it was for my, you know, human rights.”

After accepting the internship, however, the same recruiter began texting her asking if she wanted to get drinks or meet up on weekends.

“He would text me on the weekends, later at night asking what I was doing. I’m obviously in college and he’s very far into his 30s, like a lot older than me, and so it kind of made me feel like I was getting the job for a different reason than my own work ethic,” she said.

Her experience isn’t an isolated incident.

Many women in the business industry report having similar experiences. With the rise of the “#MeToo” movement, more women have begun coming forward about their experiences with sexism and sexual assault in the workplace. However, many are still silent.

“I have definitely experienced many blatant acts of sexism throughout my life and in my professional career, but have chosen not to report anything,” said a 2019 female graduate of Cox. “As a woman working an entry-level job in a very male industry, I’ve often had to let many things slide in order to get hired and remain employed. I know that’s not the right thing to do, but it’s what I’ve felt is necessary.”

Though the percentage of female Cox BBA students has grown to over 40% in the past few years, female faculty and students are largely underrepresented in business schools across the country. According to the 2021 College Consensus women make up just 41% of students entering business schools – an increase from 37% in 2017.

This lack of female mentors and colleagues fosters subconscious biases and under-prepares female students to deal with workplace sexism.

“Year after year, women who had arrived with the same test scores and grades as men fell behind,” a 2013 Harvard Business School study said. The study shows that while women do fine on tests, they lack the same degree of class participation as their male peers.

“Every year the same hierarchy emerged early on: investment bank and hedge fund veterans, often men, sliced through equations while others — including many women — sat frozen or spoke tentatively,” according to the article.

Sheryl Sandberg, COO of Facebook, has a now viral Stanford lecture when she implored women to speak up in the workplace, and seek out and demand equality in leadership positions. In that Stanford speech, Sandberg encouraged women to “raise your hand, sit at the table, own your success.” That speech led to her book, Lean In For Graduates, which is a guide for women to grab what is due to them in their education and their careers.

With business school classes predominantly male, many women find it difficult to speak up in class, as they do not want to be seen as too assertive — a fear Sandberg exposed, and a fear now voiced by the former SMU finance intern. 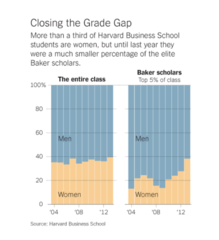 “It’s very noticeable that Cox feels like a predominantly male environment,” the student said. “It definitely is not something I thought about before, but now, after receiving the text I did, it does worry me that my confidence can be taken the wrong way simply because I am a woman.”

SMU junior and marketing major Maggie Higgins, pointed out that even when she had classes with a significant number of female classmates, most of her Cox teachers have been male. The Cox Business School faculty list shows that 136 out of 194 faculty members are male – about 70%.

When asked if Cox has prepared the female students for going into sexist work environments Higgins responded, “They definitely haven’t talked about it. It’s something they don’t bring up, but I know there are clubs for female students in business where they discuss it.”

The representation gap between men and women in business schools reappears in the professional world. Harvard Business Review research suggests that women’s under-representation in leadership positions stems from gender stereotypes. For example, women are more often led to believe that they would do better in less quantitative and analytical courses, which inherently affects their confidence, motivation, interest, performance and, ultimately, their compensation. 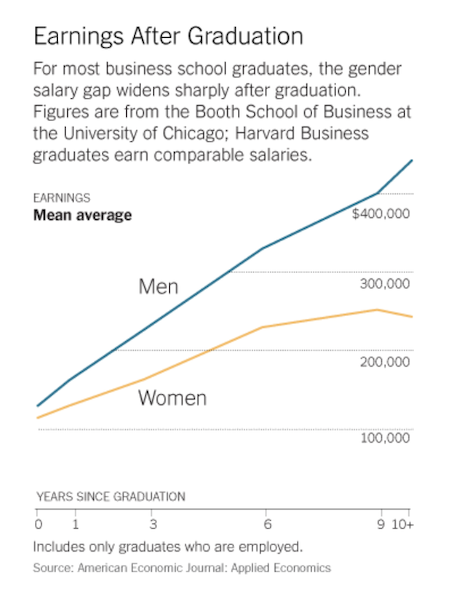 However, the Harvard Business Review research also shows that female instructors and mentors increased women’s interest and performance expectations in quantitative courses, and also increased their actual performance. The survey also indicated that female instructors teaching quantitative courses are more likely to be seen as inspirational role models by women.

Cox is taking some steps to bridge the representation and mentorship gaps for female students.

“Of the 253 members in the BBA WIB organization this year, 103 are female finance majors. The programming is dedicated to networking opportunities with female leaders across industries, programming specific to women’s issues in the workplace, and the recruitment of women in these industries,” said Dalton. “This year we also helped a group of sophomore finance BBAs launch a Women in Investing club inspired by the Girls Who Invest organization. It is still in early stages, but it is a program we are building with strong student support.”

Dalton also spoke about the Women in Finance Luncheon or Breakfast/networking panel with women leaders in finance that is hosted every spring.

“This year it was online, hosted in February. We had women leaders and Cox Alumni representing 15 different financial institutions sharing their best practices and advice. My team tries to provide programming and support to help coach our BBA women about specific issues when it comes to pursuing careers that may land them in a more male-dominated environment,” said Dalton.

Dalton also stated that 100% of Cox BBA academic advisors are women and that 14 of the 15 Cox Career Management Center career coaches are women.

Many women have decided to remain silent about their experiences with sexism within business school and the professional world, breaking down gender stereotypes before they are taught would help women feel increasingly empowered to enroll in business courses. By doing so, this could systematically lead to more women working in higher paying positions in business. The “#MeToo” movement has helped start the conversation of sexism in business, but it needs to start further upstream and impact females’ education.

This story was updated on May 24, 2021 with added quotes from Cox
administrators. A correction was also issued. Cox School of Business
BBA Scholars is 37.2% women rather than 32.6% as originally stated.