Convenience is the driving factor in personal transportation

From groceries to tuition, students have a lot of expenses. For some, having a car payment and gas expenses is a bit much to handle. But for others, having a car is essential.

As most would probably guess, typically and in Dallas, it is much cheaper for students to use public transportation than own their own car. However, there are other costs at play.

“Convenience is definitely the main motivation for consumers,” said professor Daniel Howard, an expert in consumer behavior. “Anything that creates less of a hassle, people will do.”

With the new Ford Focus running a $147 monthly payment, a new car may not be in the cards for many students. This price does not include maintenance or damages from a wreck or general wear and tear. Even if the car is inherited or passed down from siblings or parents, gas bills can cost up to $200 a month, as it does for SMU junior Cody Beavers.

“I drive everyday,” Beavers said. “With a car, I can have access to pretty much anywhere. It’s a lot more convenient than having to wait for a bus or a train.”

However, for first-year Cristina Barrera, Dallas’s public transportation system is a great resource.

“I take the DART a couple times a month,” Barrera said. “It’s a good way to get around the city, especially to downtown. On the weekends, I’ll use the train to go to Klyde Warren Park.”

To save money, Beavers will occasionally take an Uber to nearby locations rather than drive his own car.

“For shorter distances, taking an Uber is easier than driving,” Beavers said. “But if it’s a big event, I’ll use the DART like if I’m going to the State Fair or something downtown.”

“For some people, using public transportation is much easier,” Howard said. “You don’t have to worry about parking and you end up saving some gas. But for the cost of gas to start turning more people toward the DART, prices would have to rise above $5 a gallon.”

Another concern may be environmental factors. Using public transportation can help reduce green house gas emissions in the city. According to the DART website, its buses use 8.7 percent less energy per passenger mile than a typical car and DART trains use 23.7 percent less energy.

“Taking a bus is much better than everyone taking their cars,” Barrera said. “It’s way better for reducing pollution.”

For Beavers, the environment isn’t a big concern.

“Having a car is just easier,” he said. “It’s a faster and much quicker method to get things done, especially if you live in a city.”

Howard said he believes that environmental factors are not a huge motivator for most of the population.

“Maybe that concern is true among the liberal Caucasian population, but for the most part, convenience will be the main driver for people,” Howard said.

Posted on April 28th, 2015 by Lauren Aguirre
ShareTweetShare on Google+Pin on PinterestSend with WhatsApp
3 recommended

Why students should ride the DART 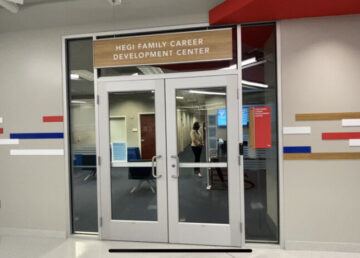 6 Expensive Birthday Gifts to Ask for This Year

Thankfully, birthdays are the perfect chance to make up for whatever gifts you didn't get during the holiday season! If you're excited about getting expensive birthday gifts from your family this year, then you'll want to check out the rest of this article. By... END_OF_DOCUMENT_TOKEN_TO_BE_REPLACED