After serving as the dean for the Edwin L. Cox School of Business for 20 years, Al Niemi will step down from his position once the 2016-2017 academic school year is complete, according an SMU press release.

Niemi will remain as dean throughout the university’s search to find his successor. He will also retain his faculty position as William J. O’Neil Chair in Global Markets and Freedom, allowing him to mentor his successor as well as stay in the classroom.

“I can be with my students, work with my faculty and staff colleagues and continue to be part of this great campus. It will be a privilege to end my career the way I began it—in the classroom, doing what I love best,” Niemi was quoted in the release.

The 73-year-old is known as an active teacher and scholar, with his university biography stating he has taught “more than 15,000 students and consistently has been recognized for distinguished teaching.”

Moreover, Niemi has helped increase the school’s national and international visibility since coming to SMU. 2015 Cox School of Business report both undergraduate and graduate programs rank highly, with the BBA program ranked No. 21 and the Cox Professional MBA program No. 7 in the U.S. by Bloomberg Businessweek.

The DMN reported Niemi told his faculty and major university donors about his plan to leave two weeks ago “with the caveat that it was top secret.”

“I felt they needed to hear it from me,” he said in an interview with the DMN. “I’m the leader of the school who they’ve known for 20 years. I think it’s comforting to them that they know I’m going to be here.”

Posted on August 25, 2016 by Olivia Nguyen
ShareTweetShare on Google+Pin on PinterestSend with WhatsApp
12 recommended

A guide to study break stretching 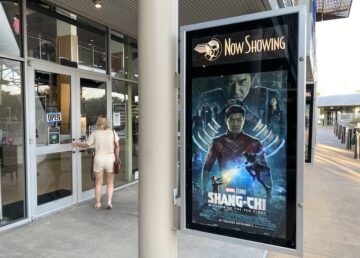 Marvel's first Asian-led film, "Shang-Chi and the Legend of the Ten Rings", breaks box office records in the U.S. and around the globe. END_OF_DOCUMENT_TOKEN_TO_BE_REPLACED