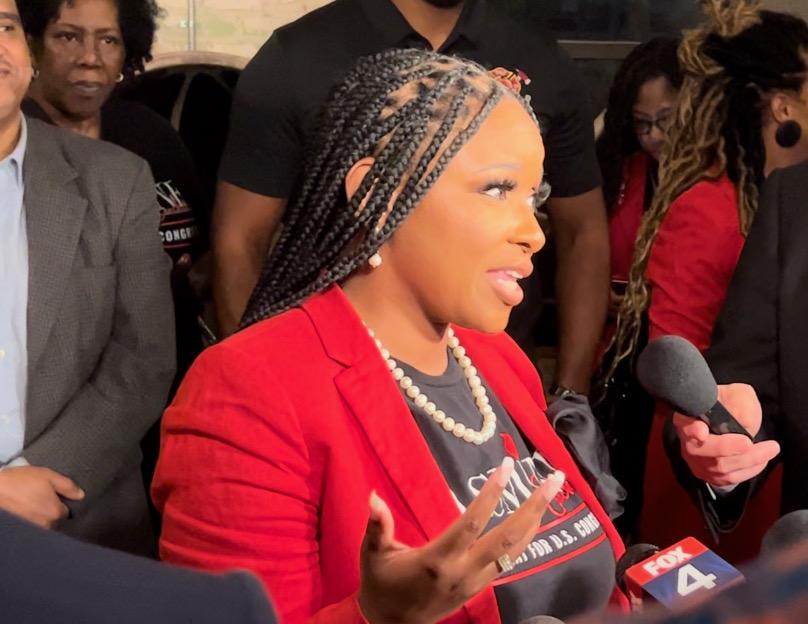 Beto O’Rourke has lost the gubernatorial election to Incumbent Gov. Greg Abbott. The excitement of Dallas Democrats was palpable Tuesday night, but as the night progressed, the party, and the excitement, dwindled slowly as election results emerged. With Lt. Gov. Dan Patrick and Attorney General Ken Paxton gaining major percentages in their reelection bids, the party died down along with Democrat’s hopes for their campaigns.

As people filled the upstairs ballroom of Gilley’s Dallas on Botham Jean Boulevard, the excitement followed. Jasmine Crockett, candidate for U.S. Congress, cinched the victory in Texas’s 30th Congressional district, and the flow quickly picked up, with her supporters celebrating her election. The party was overwhelmed with Crockett’s supporters, as she attended the event herself.

“I think representative Crockett is going to do a great job – or should I say congresswoman elect Crockett; she represents the new generation of leadership,” said Damarcus Offord, the Director of Outreach for Congresswoman Eddie Bernice Johnson.

Johnson, an SMU graduate, was first elected in 1972 and was the first Black woman to serve the Dallas area. She is succeeded by Crockett, whom Johnson endorsed throughout her campaign. Crockett is the second person to hold this position.

Though the night was exciting for Crockett voters, Democrats have fallen behind in almost all races throughout the state.

With Greg Abbott projected to win the state, this marks O’Rourke’s third loss in the span of four years. Throughout the past few years, O’Rourke has been plagued with bad luck in Texas, losing to Senator Ted Cruz in 2018 and losing the 2020 Presidential Primaries.

The only Democrat currently leading in the state is Aicha Davis for the State Board of Education, who currently holds 73.9% of the vote.