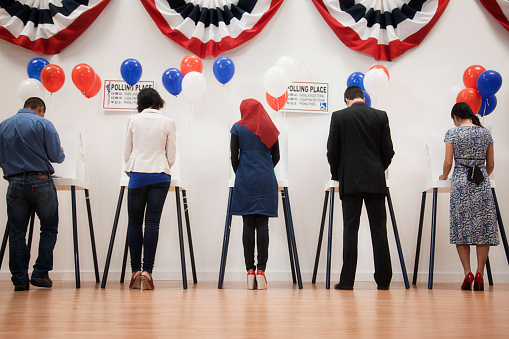 Gov. Greg Abbott has won re-election in Texas and defeated Democratic opponent Beto O’Rourke. This will be Abbott’s third term as the governor of Texas.

The Republicans have held the Texas governorship since 1995. The race highlighted key issues in Texas like abortion, gun laws and border security.

O’Rourke outraised Abbott three consecutive times throughout the race, most recently raising almost $2 million more than Abbott from Sept. 30 through Oct. 29, according to campaign finance reports.

Support for Texas staying red was widespread at the watch party, even for those who didn’t wholeheartedly support Abbott.

“I voted for Abbott because there was no other choice, not because I particularly liked him,” Jessica Bernot said. She said her main concerns on the ballot this year were electing honest politicians, immigration and inflation.

Bernot labeled herself a “New York refugee” and said she moved to Dallas from New York in January 2020. She said her motivation for voting red in Texas comes from her personal experience of living in New York.

“I have seen a city get completely destroyed by having the wrong politics and not enforcing law and order,” Bernot said.

Another voter said she wished Abbott were more conservative, dismissing some Republican concerns that Abbott has drifted further right from moderate conservatism.

“I’d rather him be more conservative. I feel he’s too moderate,” said Krista Shull. Shull said her main concerns on the ballot this year were the economy, abortion and sex reassignment surgeries for transgender youth.

Another Dallas voter, Paulson Jeswin, said he was optimistic about both the future of Texas and the country as Republicans look to sweep several key races in the midterms.

Jeswin said his main concerns on the ballot were the second amendment, abortion and the border crisis.

“It’s definitely a win for our freedoms,” Jeswin said. “I was a little bit concerned about Abbott’s policies, but I think it’s going to be for the better that we have conservative voices in our state.”

Several voters present said while they might have not fully agreed with Abbott and his policies, voting for O’Rourke was not an option.

Republicans saw the midterms as a way to take back some control of a Democrat-led government. Republicans easily flipped several seats to gain control of the House, but many remaining Senate seats are too close to call.