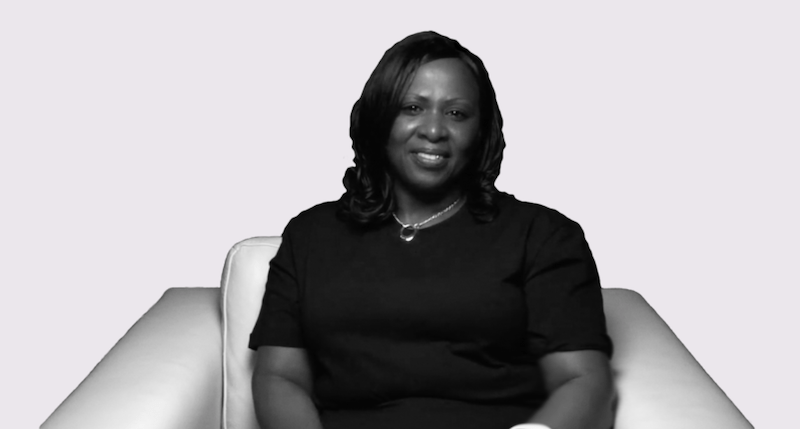 Young girls and women are being kidnapped, manipulated, and forced into a life on the streets by traffickers. Nearly 300,000 of these human trafficking victims are in Texas at any given time, according to Ken Paxton, Attorney General of Texas. If they try to leave, they are beaten and threatened.

One of these victims in Dallas is Karen Green.

“I can identify with the pain, the mindset, the rejection, the abandonment,” Green said.

After being raped and molested by a family member, Karen Green became pregnant at 13. Her mom then kicked her out of the house, after she gave birth, forcing her to live with her aunt. At age 14, Green found herself living on the streets, after being trafficked by the same aunt. Being in this environment with a baby, she felt she needed to give her child up for adoption.

“I was uneducated. I dropped out of school and I pretty much lived on the street. It was survival,” Green said.

She got pregnant again at twenty-one years old.

“I became a product of my environment,” Karen says, “I had to do what I needed to do to survive.”

Her time on the streets and in “the life,” as she calls it, resulted in 13 assault charges, two concealed weapons charges and one count of attempted murder. She was sentenced to 25 years in prison. This experience was the catalyst for her own personal growth.

“That’s when I gave my life over to the care of God and my life began to change,” Karen said.

Helping women see they can live outside of the pain they endured from “the life” became Karen’s primary purpose when she got out of prison. She identifies with their pain and what they have gone through.

“I remember being out on the street and a lot of the women out there were so hurt and mistreated,” Green says, “I said to myself, ‘when I get out of here [prison] I’m going to do something to help these women.’”

She started her own organization, Haven of Love, to show women how they can move on after their abuse and trauma. The organization works with victims to help them get their life together.

Another organization working to reintegrate victims back into society is New Friends New Life.

“We use a five-stage process called the stages of change,” New Friends New Life’s Chief Programs Officer Jessica Brazeal says, “We are interested in how people change and the process they go through for that.”

The stages of change were originally developed by Dr. Prochaska and Dr. DiClemente, when trying to discover a process to quit smoking. They were able to identify a five-stage process:

In the precontemplation stage, people generally don’t know there is a change that needs to be madein their life. This first step usually occurs because the victim is either court ordered to go to NFNL, or one of their loved ones has asked for the organization’s help.

The majority of people that come into NFNL are at the contemplation stage. This stage is when someone recognizes there needs to be a change, but they’re not sure what that is or how to make that change. If a woman is being trafficked, they are likely in a dangerous situation, making it very difficult to extract themselves.

Preparation is when someone identifies a problem and starts planning how they want to address it. NFNL encourages its victims to explore their options, as well as prepare themselves for negative outcomes. This ensures victims create a plan of safety.

Action is when victims want to make those changes and are actively trying to improve the situation. NFNL helps reinforce new behaviors and prevent old behaviors. They also help victims grieve their old life and focus on the benefits of change.

Maintenance is when the change has been made and victims are taking steps to keep that change in place. NFNL helps victims continue to manage their stress, watch their behavior, and develop skills to prevent being revictimized. Victims must be able to sustain their new behavior, so they won’t relapse.

The New Friends New Life therapists recognize that this process isn’t the same for everyone. Victims come in varying stages. Therapists are trained to identify where a victim is in their journey to recovery.

“The stages of change are also not linear,” Brazeal says, “We don’t have someone who comes in that is let’s say in contemplation and then systematically moves through that process.”

New Friends New Life wants people to move forward, knowing that there will be some setbacks along the way.

“It’s not a black and white, clean cut sweep,” Brazeal says,” It can be really hard for women to leave the sex industry because they have to walk away from their community of friends.”

Brazeal says there’s a difference between being trafficked, exploited, and working independently.

“Women in the commercial sex industry, who are being exploited, might not necessarily have a trafficker, so their stages of change will look different for them,” Brazeal said.

According to the Trafficking Victims Protection Act, to prove someone is a victim of sex trafficking, when they’re over 18, there must be proof of force, fraud, or coercion. However, if a woman is independently working for herself, with no third party, it is considered commercial sexual exploitation.

Organizations like New Friend New Life offer victims counseling, case management, and economic empowerment. They learn how to manage their stress and not relive memories of trauma. The goal is to eventually be able to have income outside of the sex industry.

“We teach them how to have healthy conflict resolution with co-workers, interview skills, how to write a résumé, what to wear to work, or what to wear to an interview,” Brazeal says, ”The hard and soft skills around employment that they probably didn’t get from how they were raised or from working in the sex industry.”

Brazeal related this to the structure of Maslow’s Hierarchy of Needs. 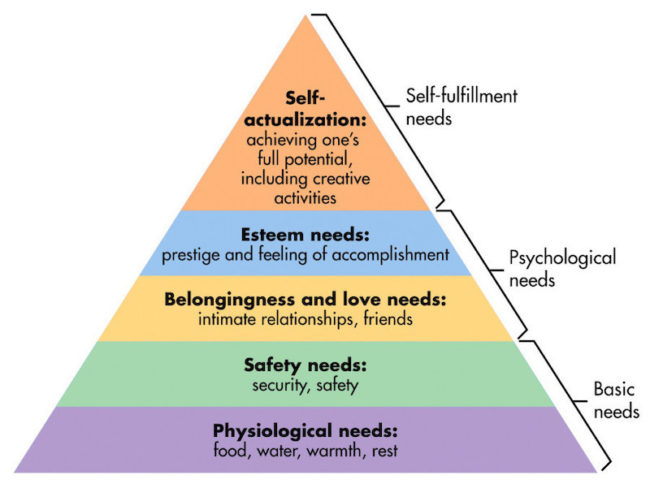 It shows humans need to have a base foundation such as food, security, and shelter to move through recovery. According to Brazeal, these basic human needs should be met, in order to focus on emotional regulation, being skillful, and interpersonal relationships.

In contrast, children have a much different road to recovery. According to Brazeal, minors are typically unable to identify themselves as victims. Due to this, they are usually not ready to go through the five-stages of recovery. However, NFNL still welcomes them with a safe place off the streets. A place where they are able to watch television and have a community, outside of their life in the sex industry.

Someone who focuses on advocating on behalf of these child victims is Carrie Wright. She is the director of multi-disciplinary team services at the Dallas Children’s Advocacy Center. These victims are referred to them from law enforcement or Child Protective Services.

“We are seeing that these are the same kids we have always seen,” Wright says, “We’ll see the same kid that came in for an interview for physical abuse allegations four years ago.”

DCAC staff do everything from reaching out to Child Protective Service investigators to organizing the victim’s medical care and therapy. Most children that come into DCAC go through many relapses, unable to start their recovery process. Their trauma is deep-rooted, normally starting before they’re even trafficked. In the place that should be safest for a child: their home.

“They have experienced abuse and neglect in some form,” Wright says, “Then you add on additional vulnerability such as coming from foster homes.”

Green’s foundation, Haven of Love, nurtures child and adult victims and gives them the tools they need to create a better life for themselves. Green believes that the solution to this widespread issue is educating children in the school systems.

“Education is key,” Green says, “Knowing what to look for, identifying a trafficker, knowing how to speak up.”

Green currently shares her story with students at public schools in hopes to raise awareness. Many students she speaks to can relate to her story, which makes them feel understood.

“When we know better, we do better,” Green said.

Green pointed out that girls are being trafficked everywhere. In wealthy neighborhoods, at the mall, or at the movie theatre. She says there could be large cars filled with women parked outside a beautiful home in your own neighborhood. This is something that is happening in your own backyard. She believes in the importance of serving your community in any way you can.

“Get back to the basics. Volunteer your time or be a mentor. Just showing up will ultimately help out,” Wright said.

If you believe someone is being trafficking, call 911.

If you would like to volunteer your time to help victims of sex trafficking, contact the following organizations: