According to the Dallas Morning News, incumbent Gov. Greg Abbott has beaten out his Democratic opponent Lupe Valdez for Texas governor.

According to the Associated Press, Abbott currently has 55.2 percent of votes to Valdez’s 42.8 percent.

I’m about to go through those doors to accept victory tonight. But first I want to thank my Twitter followers from Texas for all you did to help my re-election. God Bless Texas. pic.twitter.com/uZZIt6dbLg

The DMN reported Abbott did not win by the significant margins he had four years ago against Wendy Davis, and the DMN attributed her close race to the effect that Beto has had on the state.

Valdez, 71, would be the first Hispanic woman and lesbian to be elected in Texas, perhaps the country, according to the DMN. Valdez served as sheriff of Dallas from 2005 to 2017, and she worked last year to gain support for her campaign outside of Dallas.

The DMN also noted that Democrats thought Valdez would attract women, Hispanic and LGBTQ voters. Not all Hispanic voters bought into her campaign, however.

“He’s a very humble guy and his policies make more sense than Lupe’s,” Deir Montiel Dominguez, an attendee at the governor’s election watch party told the Dallas Morning News in reference to Abbott. “I believe he appeals to Latino voters because his policies are good for everyone.”

The DMN also noted that the huge difference in funding between the two candidates contributed to the Abbott victory.

Abbott raised almost $32 million since last year’s legislative session, and this year, he spent $46 million and had $20 million left as of Oct. 27, according to Texas Ethics Commission filings.

In contrast, Valdez raised $1.8 million through Oct. 27, meaning Abbott had nearly 37 times as much money to spend on his campaign this year as Valdez did, according to the Dallas Morning News.

Abbott, 60, is a former state attorney general and Texas Supreme Court justice who has called for more conservative leadership in the House, and “continues to build on his long record as a conservative leader who fights to preserve Texas values like faith, family and freedom,” according to his website.

Posted on November 6th, 2018 by Sara Magalio
ShareTweetShare on Google+Pin on PinterestSend with WhatsApp
41 recommended

Mustangs hang on to victory vs. Arkansas State 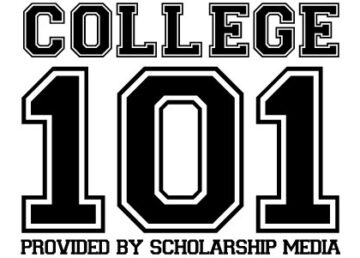 Whether you dream of escaping the harsh, loud life of the city or you're already living your dream on the farm you purchased, extra money is always helpful, no matter who you are. On a farm, there are always animals to feed, barns that need to be repaired, gar... END_OF_DOCUMENT_TOKEN_TO_BE_REPLACED