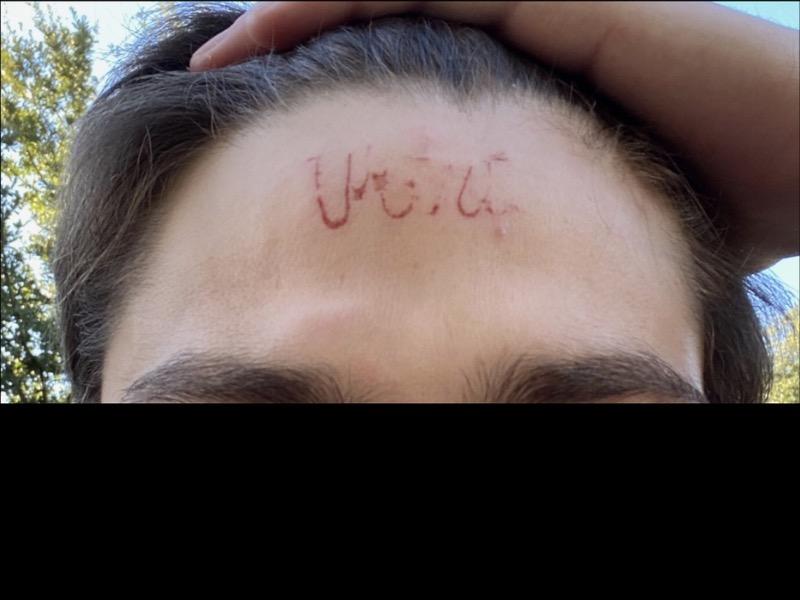 Rumors about a hazing incident spread around campus earlier this month after a Sigma Alpha Epsilon (SAE) and Kappa Kappa Gamma (KKG) mixer at an off-campus club on Feb 1. The rumors involve a first-year SAE pledge who was wounded at the mixer.

SAE, a fraternity on deferred suspension until the end of the semester, denies the allegations. The fraternity also claims that SMU and the SMU Police Department agree the incident was an accident. However, after questions from The Daily Campus, SMU PD has confirmed that an investigation is now taking place, and refused to comment further.

The Daily Campus received a photo in circulation depicting the wounded student’s forehead. The source who sent The Daily Campus the photo claims that the wound resembles letters carved into his skin.

Stephen Ohlemeyer, SAE’s president, claims the fraternity took the matter seriously when it came to their attention. Ohlemeyer says Dean of Students Melinda Sutton was made aware of the incident immediately, and she redirected SAE to SMU PD.

Ohlemeyer claims SAE obtained a video of the incident from the club. The fraternity says that the wounded student “fell into some straws at a bar,” and that the footage corroborates this sequence of events. Ohlemeyer says SAE shared the video with SMU PD chief Jim Walters and Sgt. Taylor Stockford, and said at that time all parties agreed the incident was “an accident.”

The Daily Campus tried to contact the wounded student multiple times to confirm the story, but Ohlemeyer, who claimed to speak on behalf of the first-year, said the student does not feel comfortable commenting on the matter personally and was “too drunk to remember anything” from the party. The student has yet to comment on the incident himself.

“No one within our chapter would have, in a million years, done this to one of our guys,” Ohlemeyer said.

Dubbed “America’s Deadliest Fraternity,” SAE has a reputation for abusive behavior. At SMU, there is a well-known joke among students that SAE stands for “sexual assault expected.” The Daily Campus has previously reported on accusations of SAE receiving preferential treatment from the university due to influential alumni, including some who sit on the Board of Trustees.

SAE is currently on deferred suspension for unspecified “physical abuse” and hazing that occurred in 2017, according to a Statement on Hazing sent out campus-wide earlier this semester. Deferred suspension, according to the student handbook, means suspension that is “not enforced,” if agreed-upon terms are met. SMU has not yet specified what the terms are in this case, or if SAE is in violation of these terms.

The fraternity is alleged to have committed a number of other conduct violations over the years, including hazing, sexual assault, the use of “date-rape” drugs, and abuse of drugs like fentanyl. All alleged crimes have resulted in minimal or no disciplinary consequences from SMU.

SAE has been given deferred suspension before, after a drug-related death in 2006. The university was heavily criticized for calling the tragedy an “isolated incident.” After two years of investigation, SAE was placed under deferred suspension, requiring all members to complete a training program with the SMU Center for Drug and Alcohol Abuse Prevention and to participate in community service. The fraternity was also fined $5,000 to be “remitted to the University’s drug and alcohol education and prevention fund.”

Other fraternities have been suspended in the past, meaning “dismissed from the University for an assigned time period,” for violations like smoking marijuana and hazing involving forcible food consumption.

An investigation by SMU Police is still ongoing.