Health center construction hits a nerve for some residents

Shuttles resident Laura Kohner left for the gym one early morning in February, taking a path around the construction site of the new health center. It was a path that could be inconvenient at times, but residents had grown accustomed to it.

But when the junior returned to her commons, that path was blocked. Instead, construction workers at the site yelled at her to go around the site and take a new path, one that had previously been blocked off.

No prior warning was given to residents that they would once again have to find a new, and inconvenient, route around the construction site, Kohner says.

SMU broke ground on the Dr. Bob Smith Health Center in December of 2014, and it has been a headache for many living in the North Quad since. Residents say they must deal with early morning construction wakeup calls, frustrating fence locations, blocked entrances and a lack of communication from administration. Fences have been cut to clear pathways and students have used emergency exits, as police warn about possible charges.

The health center is expected to be completed this summer and up and running for the fall semester.

Joanne Vogel, dean of student life, discussed the possibility of construction being delayed at a Vice President of Student Affairs Student Advisory Board meeting on Feb. 8. If the delay occurred, she said health center staff would not be able to move into the new building until Christmas break. She has since clarified that, saying in an email interview with The Campus Weekly that construction is “back on track.”

Jay Meister, director of project management services for Facilities Planning and Management, said that construction at the site was initially delayed. After the old health center was torn down, the lot sat empty for some months before the proper permits were in place. But Meister confirmed that the building would be completed by this summer as planned.

“We’ve worked five to six days a week to get back on schedule,” he said.

With the crammed schedule comes earlier start times. In the past, construction had started at 8 a.m. Early in February, it was moved up to 7 a.m. Meister said the 7 a.m. start time is the earliest University Park construction ordinances allow.

On at least one occasion, however, construction started earlier than 7 a.m. Lights from a bulldozer were seen flashing around 6:15 a.m. on March 2. Construction noises were heard around 6:45 a.m.

Sophomore Eric Sedeño, a resident of Peyton, says he has noticed the earlier start time.

“It has woken me up several times,” said Sedeño. “The machines are really loud and can be intrusive.”

In a Feb. 8 email to residents of the Mary Hay/Peyton/Shuttles (MHPS) Commons, Assistant Residential Community Director Ashley Garner wrote: “Moving forward delivery trucks will park on Bishop Boulevard until 8am to be good neighbors to our residents even though their contract shows they can start at 7am.”

This email left residents confused when construction began every day at 7 a.m. rather than 8 a.m.

“I didn’t think construction would start at 7 a.m.,” said first-year Caleb Hern, who lives in Mary Hay. “But I could care less as long as this means it gets finished on time.”

Lisa Joyner, assistant director of health education, is the liaison who attends weekly facilities meetings and passes relevant information along to the rest of the administrators in Residence Life. Under Joyner is Jennifer Post, director of residence life, who is responsible for updating Residential Community Directors and Faculty-in-Residence.

The RCDs then pass along information to residents, Troy Behrens, dean of RLSH, said in an email.

“The RCDs always give all information to residents,” he said. “Information is always shared with everyone as soon as it is received.”

RCD Michelle Madsen says that residents of Virginia-Snider receive information from social media and Faculty-in-Residence Ann Batenburg posts it on her whiteboard.

But according to Robert Krout, the faculty-in residence in the MHPS Commons, the RCDs are not always the most direct source of information.

In a March 14 email sent to MHPS residents, Ashley Garner addressed the changing pathways around the construction site that had surprised and frustrated Kohner and other residents way back in February.

“Please believe we are not withholding pertinent information. For example, I know many of you remember when the fence was placed near Shuttles cutting off the front entrance way. This was just as much a surprise to MHPS staff as it was to residents!!”

Garner called the communication “imperfect,” and said those in MHPS “tirelessly advocate for more transparency, but it is often to little avail.”

Some residents have taken matters into their own hands to ease the troubles caused by construction. The fence between Peyton and Shuttles has been cut multiple times, allowing students to cross through the construction zone to save time.

In the Feb. 8 email to students, Garner warned: “It is a criminal offense to trespass construction property. This also includes tampering with the fence. If the crew has to continually re-secure zipties and damaged fence areas, this could delay the project through the end of the Fall 2016 semester.”

Lt. Enrique Jemmott from the SMU Police Department said that, so far, reports have been filed with RLSH instead of SMU PD. But from now on, the police will make note of the reports, and those caught could be taken to the conduct office.

“This is criminal mischief,” Jemmott said. “If we catch somebody doing it, there will be consequences.”

“This is to protect people from getting hurt,” he said. “Just walk around. We want you all to be safe.”

When asked if he felt safe around the construction, Hern said, “Well, I haven’t been impaled yet.”

Posted on March 31st, 2016 by Kylie Madry
ShareTweetShare on Google+Pin on PinterestSend with WhatsApp
8 recommended

Emergency Rooms vs. Urgent Care Clinics: What Kind of Care Do You Really Need? 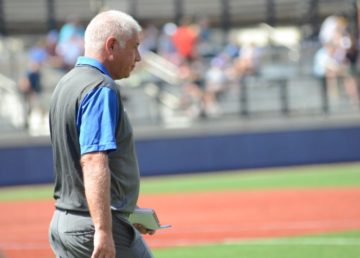 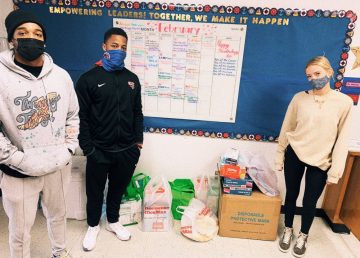 Ra-Sun Kazadi and Sam Westfall like to call themselves 'The Détente.' Now, they are turning their words into a fundraising effort for local teachers. END_OF_DOCUMENT_TOKEN_TO_BE_REPLACED