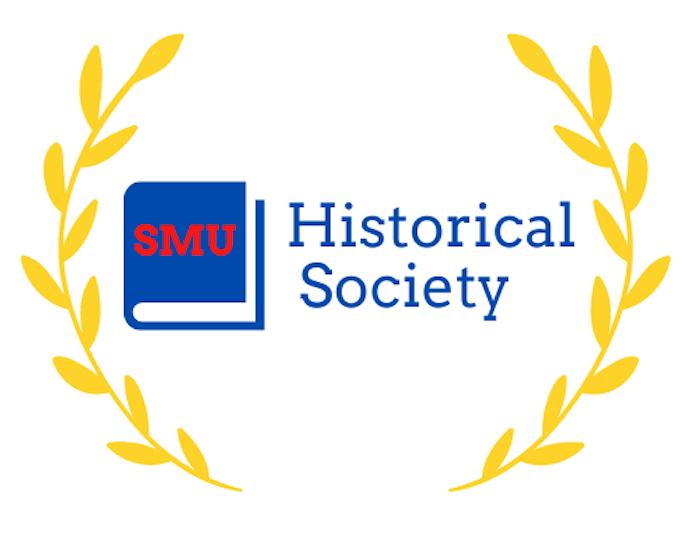 The Historical Society became an officially chartered SMU organization during the Fall 2020 semester. Wardah Alvi, who currently serves as its president, accentuated the group effort put forth by other members to create the organization as it now stands.

“This isn’t a one-person thing,” said Alvi. “Everybody brings something to the table . . . and we worked really hard to implement those ideas.”

Marketing Team member Emily Vye emphasized the role that social media played in expanding the Historical Society. The group actively posted online starting in April and now has themed posts weekly like “Movie Monday,” “Fun Fact Friday,” and “Saturday Spotlight.” Posts feature anything from a discussion on history in film to introducing faculty and students of the SMU History Department.

“By creating engaging and interesting posts, we are able to generate interest and spread awareness about the club,” said Vye. “. . . It has been a pleasure to watch the club grow and evolve since I joined last year.”

Membership has vastly expanded for the Historical Society in the Fall 2020 semester. The group is open to any SMU student, drawing in history majors and non-majors alike. Marketing Team member Maria Katsulos praised the group’s community as a unique feature of the organization.

“. . . it’s a really great academic club that bridges a gap to involve non-majors, graduate students, and basically anyone on campus who wants to learn more through our lectures and other events,” said Katsulos.

Despite the challenges posed by COVID-19 and remote functions, the Historical Society has hosted multiple events this semester including a virtual trivia night, webinars often featuring SMU professors, and a movie night. Member Monica Figueroa noted that she appreciated the inclusivity of the organization through online events.

“I’m a history minor and given that it’s my first semester at SMU, I wanted to be more involved, especially since I’m a remote student at the moment,” said Figueroa. “I like that the club is actively trying to help everyone feel included, whether they’re on or off campus.”

The Historical Society is always open for new members or anyone interested in attending an event. Further information can be found on their social media accounts on Instagram and Twitter. Alvi stressed that the group is not limited to those with prior knowledge of history, stating that any student can attend to learn something new about history.

“It’s about a group working together for a common cause,” said Alvi. “We all love history and it’s about promoting history.”