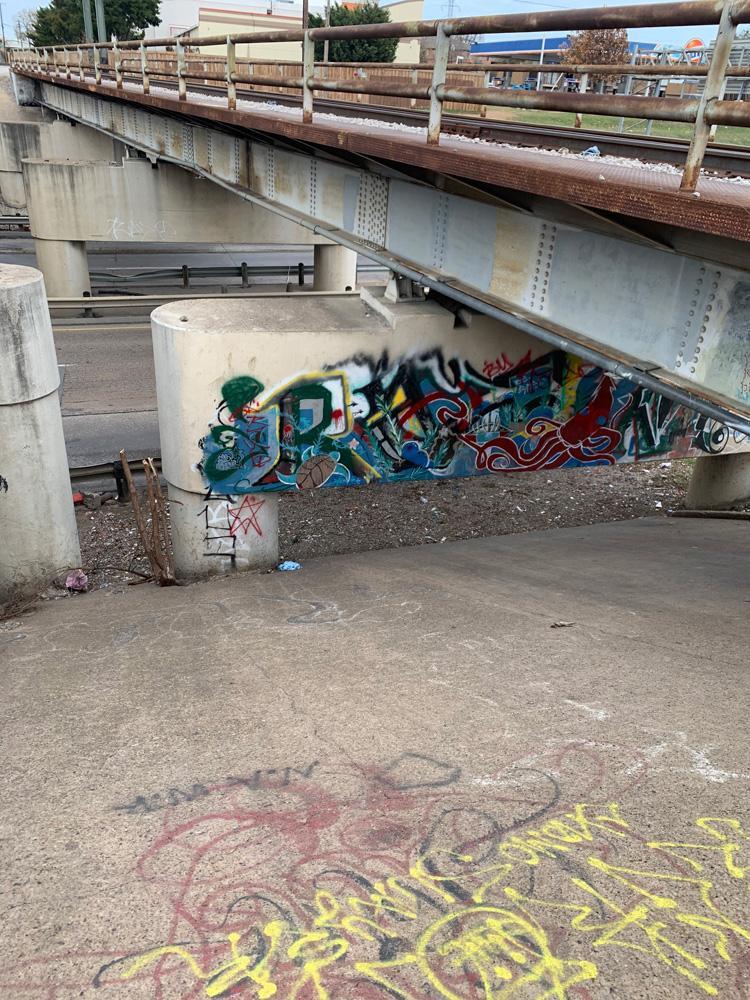 Beneath the train tracks at Denton Drive and Northwest Highway in North Dallas lies “heroin hill,” where vulnerable men and women succumb to the suffering of drug abuse and homelessness. Piles of torn blankets, trash and needles line the edges of the graffitied overpass. On this Wednesday afternoon around 1:30 p.m., young women emerge from vehicles down the road, making their way back home after a long night’s work of abuse. They stumble as they climb down the hill under the overpass to gather their few belongings and await their next customer. These women are slaves of a $100 billion industry known as sex trafficking. Sex trafficking is happening here. Sex trafficking is happening now.

The Harbor Drop in Center of the Salvation Army offers hope to victims of both homelessness and sex trafficking. The Harbor Center’s mission is to “provide sexually exploited persons with safe access to resources & services, which may include food, clothing, hygiene items, transportation support, therapeutic & support service.”

Each Wednesday afternoon, volunteers, led by employees, load vans full of condoms, hygiene kits, food, and water to distribute to victims of homelessness and sex trafficking. In every kit, volunteers place a card for women and girls who may need their help, once they find the courage and are ready to leave the streets.

Founder and Director of the Harbor Outreach Center Renee Breazeale explains that their philosophy and approach to victims they encounter on the streets is “no-demand.” Breazeale clarifies, “We simply offer whatever we have available.”

She goes on to say, “We don’t ever ask victims what it would take to get them off the streets. Our goal is to build relationships and build trust with them over time.” The Harbor Center’s work is different than most street outreach programs. Breazeale states that “because we have a no-demand approach, many people will ask for a need. The need can be anything as simple as a pair of shoes, or it could be to detox from drugs or a place to stay.”

I rode along with two members of the Harbor Center Outreach Team, Kim Westcott and Kristin Litwiler. As we departed the Salvation Army of North Dallas, Westcott and Litwiler grabbed a list of their ‘usuals’: men and women they see frequently and in the same area. At our first stop, Westcott and Litwiler knew nearly all of the names of the women who approached us, and the circumstances of their lives. A woman approached me. She seemed to be around my age, in her early 20s. She was small and looked nervous and tired. “I just can’t catch a break today,” she said hesitantly as she grabbed a Gatorade. Litwiler reminded me to place a Harbor Card in her bag.

“There is one woman who I think about a lot,” Westcott says. “I even gave her my personal numbers, my cell phone number, my house phone, just to try to get her off the street. She’s addicted to heroin, and that addiction is hard.”

In the United States, the Trafficking Victims Protection Act of 2000 defines sex trafficking as the “recruiting, harboring, transporting, providing, obtaining, patronizing, or soliciting of an individual through the means of force, fraud, or coercion for the purpose of commercial sex.”

This definition factors in the many different and distinct situations victims may face during their forced labor and exploitation. Victims of sex trafficking may be working on the streets for a pimp or hidden in motels or hotels, and fake massage parlors. There are many variables in each circumstance.

A modern form of slavery, victims are isolated from the outside world of freedom. They work for their captors and abusers and are not compensated. Many traffickers push drugs on their victims. Other victims choose to use drugs to numb themselves. Their addiction makes them more reliant on their traffickers. Even if they have an opportunity to escape, their addiction draws them back.

In the Dallas-Fort Worth area alone, there are an estimated 400 teens and young adults every day who are deprived of their basic human rights and sold into sex trafficking. Consequently, Dallas is one of the top ten highest sex trafficking cities, and Texas is ranked second in the nation.

The Outreach Team explains that many victims feel ashamed and chastised. In order to start the eradication of sex trafficking and help make a difference, education and acknowledgment of the problem is imperative. Litwiler states, “If you want to make a difference, you have to educate yourself of what’s happening and the signs. The biggest problem is ignorance. People are unaware of what’s happening in their city and that these are victims, or they just don’t want to know it’s happening.”

Sex traffickers frequently target victims who are vulnerable. Traffickers will shower their victims with gifts, love, and ultimately promises of a better life. Sex traffickers may lure their victims online, or trap and manipulate their victims in person into the life of sexual exploitation. A trafficker can be anyone, including friends. The Polaris Project summarizes traffickers’ methods of force, fraud and coercion of victims: isolation (including confinement), emotional abuse, economic abuse, threats of any kind, and physical abuse. Preying on foster children, runaways, and homeless youth, sex traffickers appeal to their victims’ needs before exploiting them to the industry. One in seven runaways reported missing are likely sex trafficking victims. Children, teenagers, and adults are all victims of the industry that sexually exploits 4.8 million victims. To get help or report trafficking: