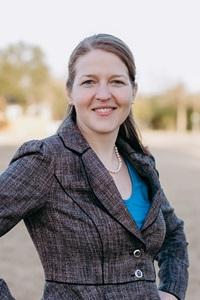 The 2021 HOPE Professor of the year was awarded to Jessica Wickersham last week. A professor in statistical sciences, Wickersham has only been at SMU for a short time.

This year’s “Honoring Our Professor’s Excellence (HOPE) Banquet” was held over video conference due to COVID restrictions. The banquet serves as a way for students to nominate SMU faculty they feel has had astounding excellence and involvement.

The conference began with a quick statement from Dustin Grabsch, the director of academic initiatives for residence life and student housing (RLSH). K.C. Mmeje, vice president of student affairs, followed with a congratulatory statement for all the nominees, who he praised for their contributions to the student body during these hard times.

He emphasized the importance of recognizing the hard work SMU faculty has been providing to ensure a continuation of quality education.

Wickersham is no exception. She was nominated by two students who commended her patience and personability with online education. One student who nominated her said, “she made me fall in love with statistics… she has such compassion and care in the way that she spoke to people.”

Wickersham’s nomination highlights the importance of being compassionate and understanding with students.

She began her teaching career at Texas A&M, where she obtained a degree in education specializing in math. Later on, she developed a love for statistics which led her to teaching the subject at SMU.

“Honestly if I hadn’t had the video recording telling me I won, I’m not sure I would believe it myself,” she said in an interview with The Daily Campus.

There were over 80 nominees considered for the award, and five who were awarded the Distinguished Professor Award.

The recording of the banquet can be found here.