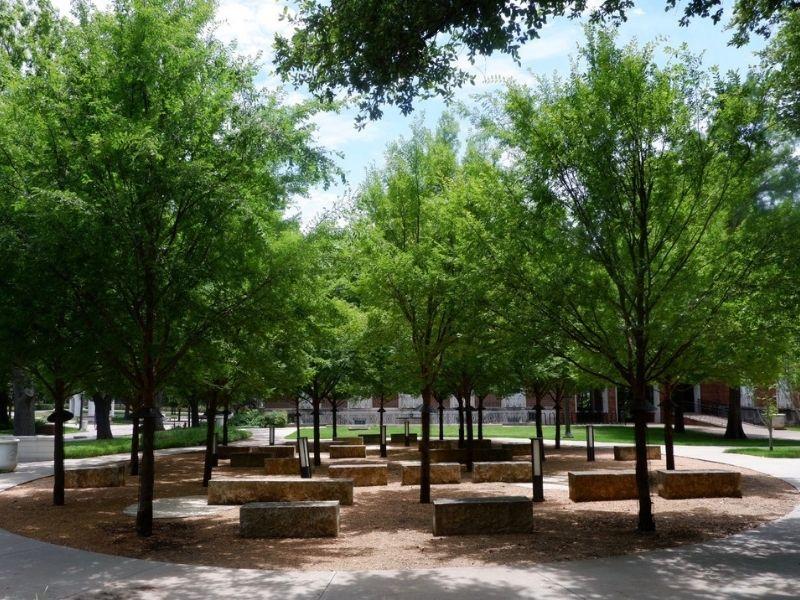 Renowned climate journalist David Wallace-Wells begins with an apology: Wallace-Wells does not – and has never – thought of himself as an environmentalist. Yet in the few years since he published his groundbreaking 2017 essay, “The Uninhabitable Earth,” and a 2019 book of the same name, Wallace-Wells has communicated the urgency of climate change with a potency that few others have.

“I’ve spent the intervening years in a dizzying period of awakening,” Wallace-Wells said.

Now an editor-at-large at New York magazine, Wallace-Wells shared his insights on the effects of global warming and human response at SMU’s Gartner Lecture Series in McCord Auditorium Wednesday, Oct. 20.

“Every ounce of carbon that has ever been emitted since industrialization is still there – it will be the most blasting monument to industrial civilization left behind.” – David Wallace-Wells

Wallace-Wells has been both criticized and praised for his drastic depictions of how current human behavior will dramatically raise global temperatures and destroy the environment. Critics say he is “fear-mongering,” yet Wallace-Wells and his supporters believe that his radical scenarios create the needed urgency and changes that avoiding the climate crisis requires.

“Half of all emissions ever emitted have occurred in the last 25 years,” Wallace-Wells said at the Wednesday night lecture. “That means we have done more damage knowingly than in ignorance.”

“Inaction is another form of action; either way, we’ll be writing the story.” – David Wallace-Wells

There are “three different speeds” that help to conceptualize the massive scale of climate change according to Wallace-Wells: the speed of warming, the speed of human response and the speed of human disorientation in the face of climate change. Wallace-Wells paints a bleak picture – unmitigated global warming could reduce global GDP by 20 to 30% by 2100, fires in the American west are estimated to be six times worse by 2050, and Houston has had five straight “500-year-storms” in the past five years.

“But impacts are only half the story to climate change – human response tells the other,” Wallace-Wells said. “The silver lining is, this shows the power that human choices have over the climate.”

A number of students attended dinner with Wallace-Wells following the lecture. SMU senior Isabelle Galko, who read “The Uninhabitable Earth” for a research project, says she felt “a little starstruck” by the experience.

“I had tons of questions and he answered all of them, which I really appreciated,” Galko said. “He was also very engaging and wanted to hear about our perspectives on the topic.”

SMU sophomore Ashish Doma was also grateful for the opportunity to hear Wallace-Wells speak and share a meal with him afterwards. Despite the seriousness of the lecture, Doma found inspiration and hope in Wallace-Wells’ passion for the topic.

“You’re not wrapping your head around it, it’s wrapping it’s hands around you…What world will we build in response to the challenge?” – David Wallace-Wells