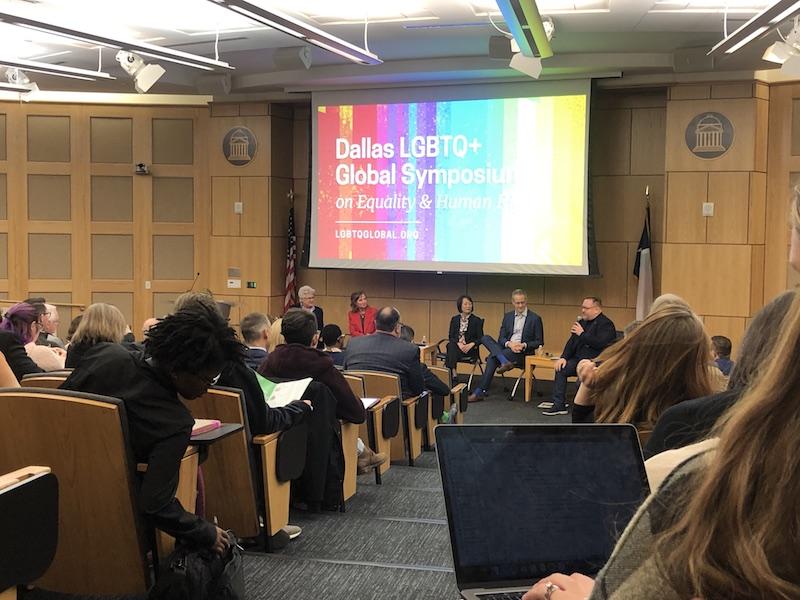 The third panel, entitled “The Push for Corporate Inclusion,” addressed the issue of inclusion in corporate spaces and featured representatives from Deloitte, Blue Cross and Blue Shield of Texas (BCBSTX), Toyota Financial Services, and PepsiCo.

Dr. Paul Hain, Chief Medical Officer and Divisional Senior Vice President of Market Deliver at BCBSTX, said that that there are high costs to making the workplace more inclusive. Speaking from his own experience, he detailed how expensive and time-consuming it had been to expand new member sign-up sheets to include more options than just male and female.

“There’s no time like a good economy to get going,” Hain said. “Now is a good time to start inclusion efforts, because there is time and money to be used to further the cause.”

Beth Gerwe, North Texas Inclusion Leader at Deloitte, echoed this sentiment, saying, “It doesn’t matter where you are in the journey, as long as you start.” She also said inclusion efforts are designed to bring out each person’s unique strengths.

“It doesn’t have anything to do with the fact that I’m gay, or bi, or black, or white,” Gerwe said. “It’s just me as a person. I have these strengths and I want to bring them forward.”

Additionally, Michelle Thatcher, Senior Vice President of Global Employment Law and Chief of Human Rights at PepsiCo, spoke about how products could potentially influence a company’s stance on inclusion as well.

“We have to take a stand on something. And we have to be willing to stand behind our products and what we’re trying to do,” Thatcher said. “Our consumers come in all shapes, sizes, colors, flavors, you name it. And we have to produce products that speak to that.”

Julie Wada, Group Vice President of Corporate Strategy and Innovation at Toyota Financial Services, also believes it is important that companies show this support and especially that leaders understand the significance and expectation of being an ally.

All four leaders agreed that it is not too late for companies to start actively including the unique perspectives of people from many different identities, backgrounds, and experiences.

“Start from where you are and you won’t be out of the race, because the race is changing,” Gerwe said.